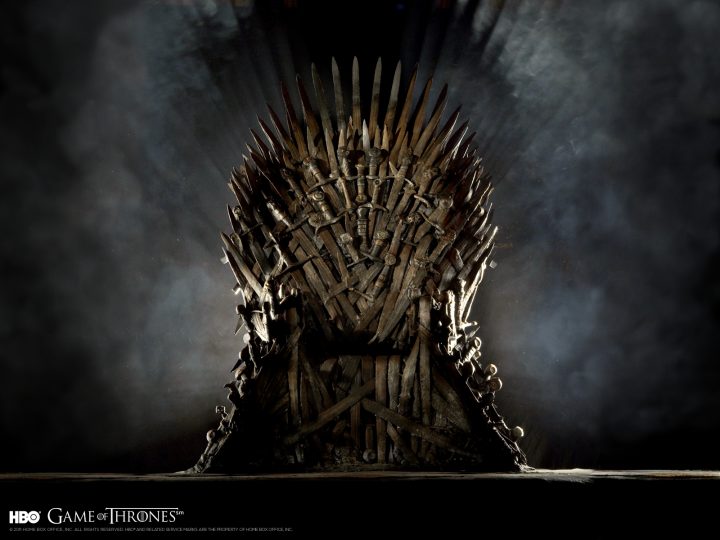 They’re baaaack! squealed the late Heather O’Rourke in 1986. It wasn’t quite as nasty a shock this time around. For me the Game of Thrones version of that ultimate Poltergeist moment was more: Finally! Took yer good time getting here din’t ya? Evil spirits are just never around when you want them.

This episode was called Oathkeeper. It should have been called Troublemakers. Any show that starts with an extended look at what the Khaleesi is doing is bound to be great but all our favorites are lined up to scheme and plot for our amusement: The Lannister Kids, Littlefinger and that delightful old meddler Lady Olenna. Trouble is coming in big buckets to Westeros!

“I will see them,” she said. “I will see every one, and count them, and look upon their faces. And I will remember.” – Danaerys, A Storm of Swords

The first promise kept in this episode is by the Breaker-of-Chains. Danaerys said she was going to free the slaves of Mereen so after a little reading lesson, Grey Worm is sent to do just that. Crawling through the sewers with bundles of knives and swords and an inspiring message, the freed slaves of Danaerys bring about a bloodless victory. Bloodless that is until Danaerys remembers the children that lined the road to Mereen.

In A Storm of Swords, the heroes who crawl through the sewers run the risk of literally drowned in filth. It’s also a showcase of the different champions of Danaerys and each displays his particular fighting style in a pivotal battle with guards. Poor Jorah Mormont is just never going to get any screen time to impress his Queen, is he?

Kings Landing is the usual boiling soap opera. Cersei still wants to kill Tyrion even though Jamie thinks he’s innocent, and is worried about Tommen’s security because Margaery might sneak in and seduce the young king away from Mommy. Lady Olenna never had any intention of letting her granddaughter marry that “Little Beast” but apparently it’s acceptable to pimp Margaery out to Tommen, who only wants to pet his pussy Pounce.

Did she or didn’t she pluck the fatal stone from the necklace provided by Littlefinger? Only time will tell, and meanwhile Lord Baelish gloats and leers lasciviously at Sansa like a panel from the most sordid work of John Willie. It’s no wonder that King’s Landing has already forgotten the rape that had practically the entire internet outraged last week. It’s just one more outrage among hundreds and who can keep track?

Jaime certainly doesn’t seem to be affected much by the hot topic of last week. A Lannister always pays his debts so there’s a new set of armor and a sword of Valyrian steel to help Brienne on her mission to find Sansa Stark and keep her safe. There’s some moony looks, Podrick Payne gets dumped on the Lady Knight and Brienne is off on another adventure. It’s so sappy that you can almost imagine someone restraining George R.R. Martin from having the Kingslayer carve Jaime loves Brienne on trees.

I’ve gotten to the point where Jon Snow is my signal for a quick snack or a bathroom break. I’m not at all sure why Ser Allister and Janos Slynt are so worried about Jon’s popularity. Still it’s written that way so Jon gets volunteers to deal with the mutineers at Craster’s Keep. Slynt by the way is the old commander of the City Watch who wasn’t as clever as he thought he was when dealing with Lannisters. At least he’s being fed well.

“F*ck them till they die” is Karl’s attitude toward women. Lord Mormont is no more than a drinking cup now. The scum of the Night Watch have taken Craster’s Keep and are abusing his wives and amusing themselves with poor Hodor. Bran and the gang have been captured trying to rescue John’s direwolf and things look grim. Rape, murder and even cannibalism seem to be commonplace in Game of Thrones but Craster’s women have the added torment of having their sons given to the White Walkers.

That’s right, they’re baaaaaaack! Craster’s last son is carried by a White Walker on a bone horse through the lands of always winter before being left on a crystal altar. Magic has finally arrived in Game of Thrones in the form of a gnarled claw that touches the cheek of a baby and turns his eyes a frozen glowing blue.