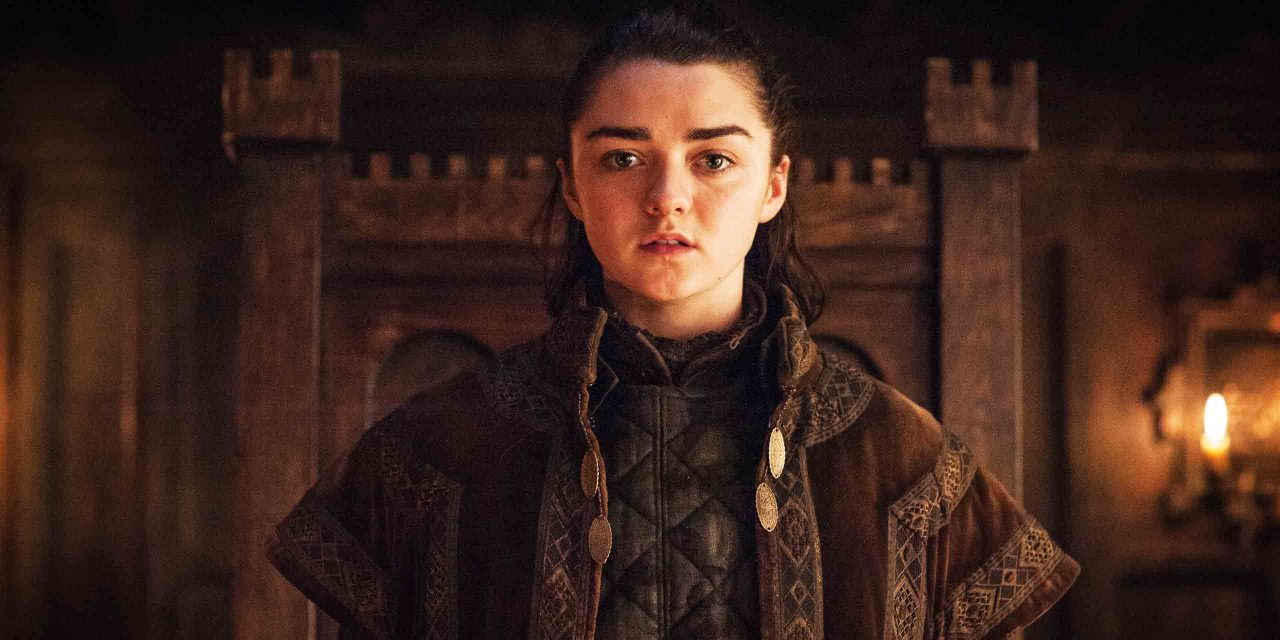 There are sites aplenty that will give you a scene for scene recap of this episode but since I assume you’ve already watched it if you’re reading this (and if you haven’t, and you plan to, then stop reading because everything is a spoiler – you’ve been warned), what I have chosen to do is just give you my favorite moments from the show. No surprise, they all involve the women of Westeros being badass.

Of course we know this can’t be Walder Frey, right? I mean, he’s dead. Or is this a flashback?

Hmmm. Well let’s see, he’s having a feast, and he’s invited every Frey family member or loyalist of any import. Yep, something bad is about to go down. I quickly realized this was Arya. It was still beautiful to watch the speech where “he” is telling them how important they are, giving them their allegedly special wine, then where he starts to really Arya-it-up talking about how they stabbed a pregnant woman and slaughtered Mama Stark.

“Tell them that Winter came for the Freys.”

I love Arya’s murdering heart. Girl, good for you. I have been awaiting your revenge for ages and I will love nothing more than to see it play out.

Sansa tells Jon not to be an idiot

Sansa first disagrees with Jon at a Big Important Meeting which stupid Littlefinger tries to use against her, but she doesn’t go for it because she’s 300x smarter than he thinks she is. But then after said meeting, when Jon is whining at her about how she shouldn’t contradict him she lays this one on him, paraphrased, “Listen bro, I love you, you’re good at this, just don’t be an idiot like our dad and Robb were. Those stupid morons got themselves killed didn’t they?”

Sidenot, at said meeting when Jon says all humans above age 10 will have to fight and some of the old farts start to protest arming their granddaughters, this li’l badass stands up and says “I’m not going to knit by the fire while I send my men to die.”

Also she adds, she doesn’t need anyone’s permission to go to war like the men do. I heart Lyanna Mormont so much. I can’t wait to see where they take her story.

Brienne of Tarth doesn’t have time for Tormund

I mean I love this big old bear as much as the next fan of the show, but Brienne is so not into it, his attempts to converse with her are almost painful. I love her for it. This is war, Tormund, a literal army of thousands of zombies are coming, she doesn’t have time for your nonsense, keep it in your pants.

I mean seeing Dany get to Westeros is what I feel like I’ve been waiting for since season 1. Seeing her dragons fly to the castle and her entering the throne room made my heart so happy. I can’t wait for her to rain destruction down on the Lannisters. Which brings us to…

Cersei is awful but also a badass

Cersei is a terrible person and I want to kill her as much as Arya wants to kill her, but I do have to respect her absolutely empty field of f***s and her “no thanks” to Euron Greyjoy. I can’t imagine what on earth she thinks she’s got up her sleeve, but I know it will be ridiculous whatever it is.

By the way, here is a fun take on Euron’s outfit, which apparently has the internet all in a kerfuffle:

Euron couldn't even button his shirt to see the queen fam. Your boy look like he just got tossed out of the club #GameOfThrones #ThronesYall

I mean…. they’re not wrong.

What did you think? What were your favorite moments? I’ll tell you what my least favorite was – stupid Ed Sheeran. No. Illegal. I don’t want to see him again, guys. I mean it.