Game of Thrones: SONG OF FIRE

OK I somehow missed a Game of Thrones update on here, I don’t know how or why, probably because I was too jazzed up about our awesome podcast which now includes the talents of one Ms. Brittany Nevin, and so I completely forgot about writing recaps that week. Here it is in a nutshell: Jon Snow is alive, he quit being leader, Sansa headed to the wall, we almost found out who Jon’s real mom and dad are, I can’t remember any other big reveals.

Now, to this week. I mean I almost want to start at the end but I’ll contain myself.

Sansa reaches Castle Black and she and Jon have the most lovely reunion ever. But first I have to take a moment out to let you know, if you’ve missed it, that the internet has gone flat-out bananas about this:

I mean, I have to admit, I really kind of love this too. Like maybe, finally, there is a guy worthy of Brienne. And he’s like sign me up. Please really do go down that rabbit hole, it’s worth it.

Anyway, back to the recap. I forgot how much time has passed since Jon and Sansa last saw each other but their faces when they saw each other and then that hug. So sweet. 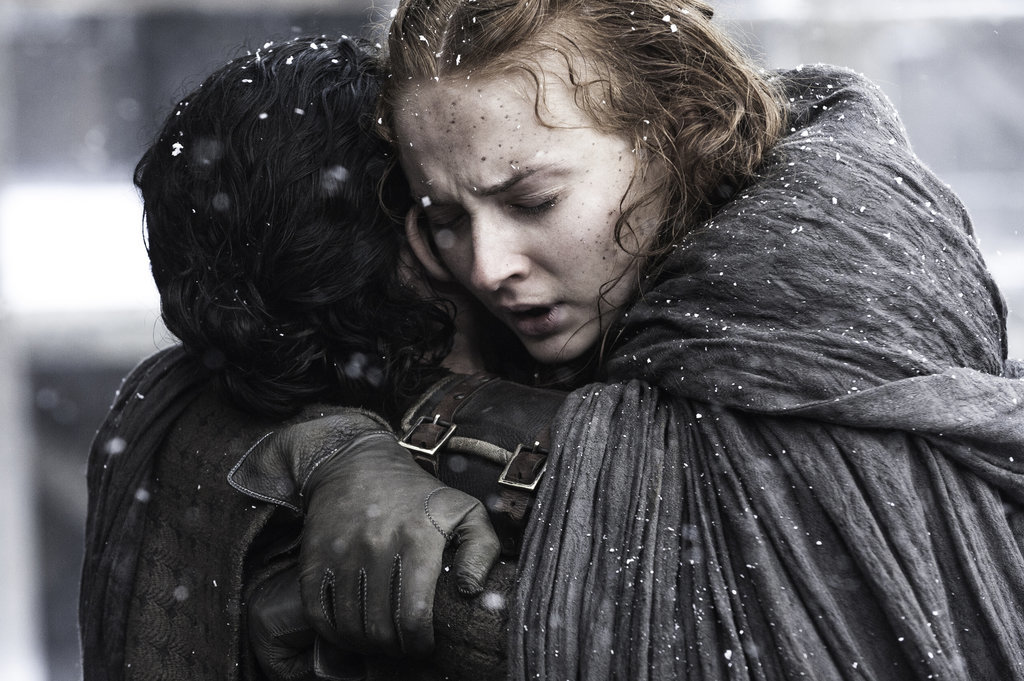 Tyrion makes a distasteful deal with “the masters” of the other cities that Dany in theory is ruler of, in order to give them time to phase out slavery without rebelling and funding the Sons of the Harpy who are terrorizing Mireen. But he continues to be smart and so as much as Gray Worm and Missandei hate it, they kind of have to admit it probably is the only way it will work without more war. 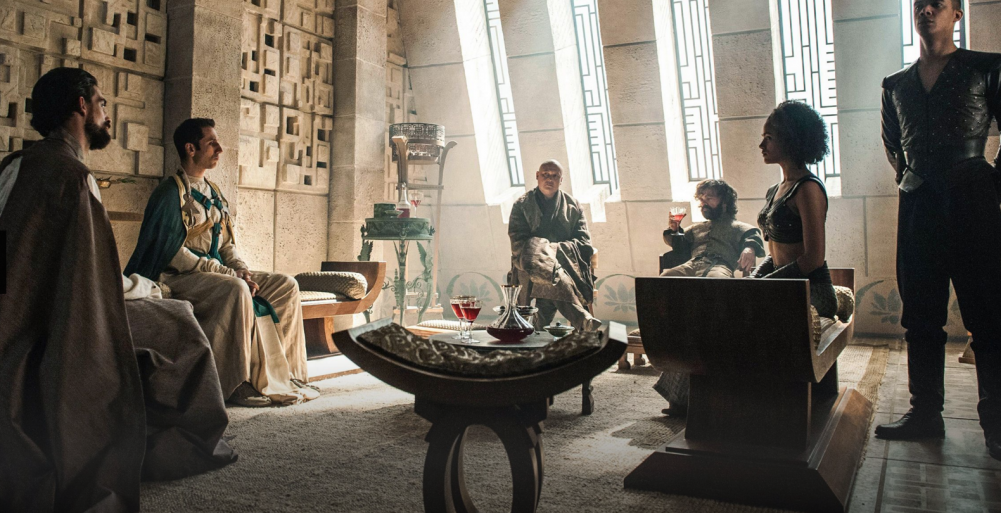 Margaery gets to see her brother; I really can’t understand what the goals are of the High Sparrow most of the time. I don’t know what he’s about, I can’t figure him out. I just want her out of there already. I’m a big fan. #teammargaery

Meanwhile Cersei, always smart, I have to give her that, even though I hate her, brings the Tyrells into her plan to free Margaery and Lannis, which is really just about getting the High Sparrow knocked down a peg or two. She of course doesn’t give a single eff about Margaery’s well-being. As the Tyrells have the second largest army in Westeros, apparently, they are going to stand threateningly and demand Margaery and Lannis be released, I gather, is the plan. 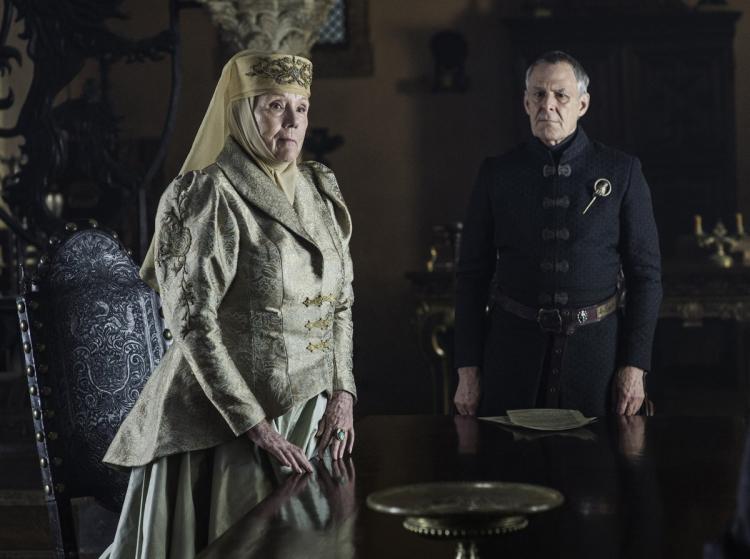 Back in Castle Black Sansa tells Jon she’s going to go take Winterfell back, with or without him. I love this moment – she’s going to become a favorite – like she has no army, she just has her idea that “the North” will support her, and she has Brienne, and she’s like “Whatevs, Jon, get on board or I’ll go without you.” At first he’s just like nope, I’m over it, I can’t fight anymore… and then of course he gets a horrible letter from Ramsey Bolton, worst character ever, detailing all the horrible things he’s already done and that he plans to do, and informing them that he has their baby brother in his dungeon. 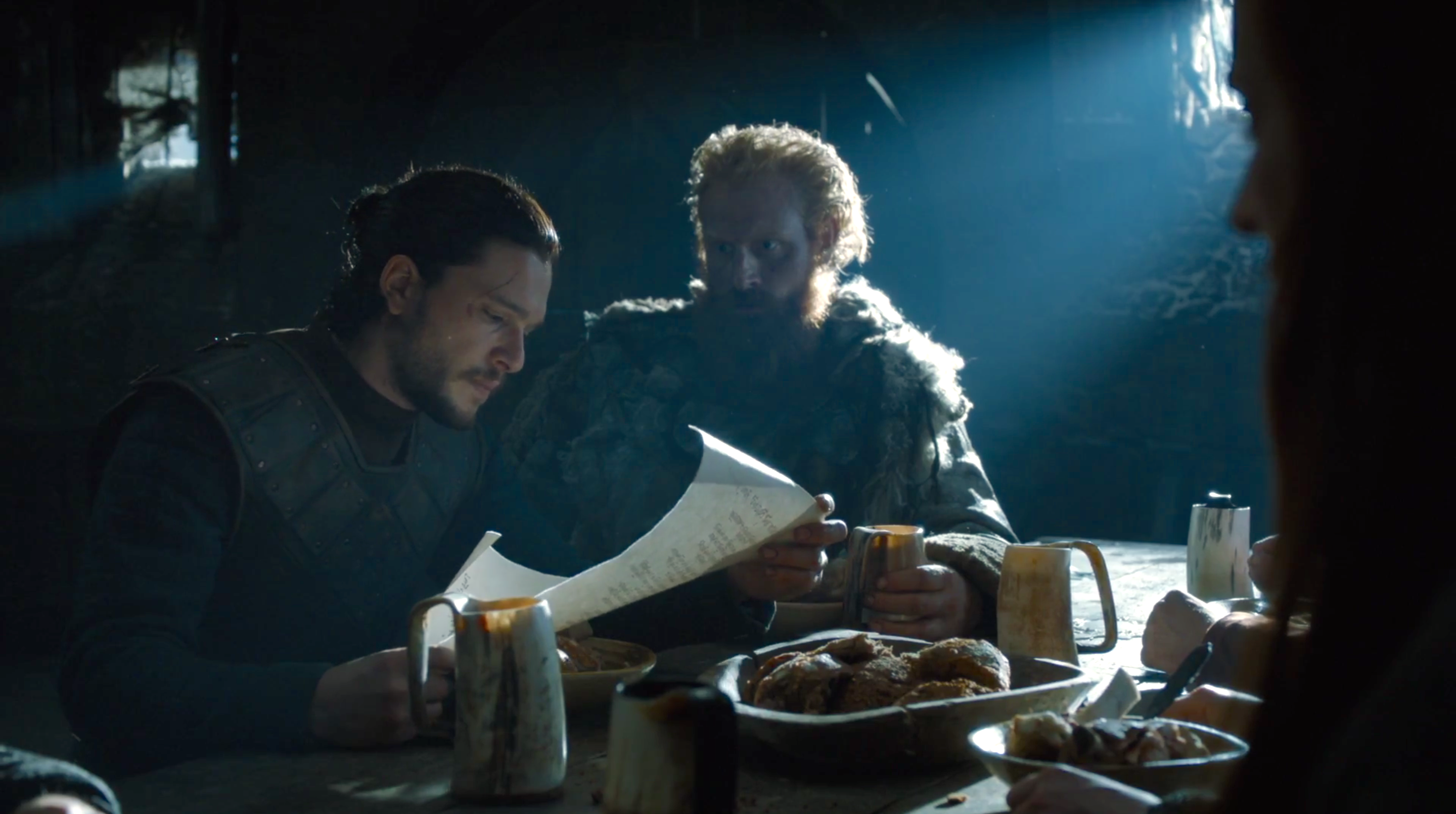 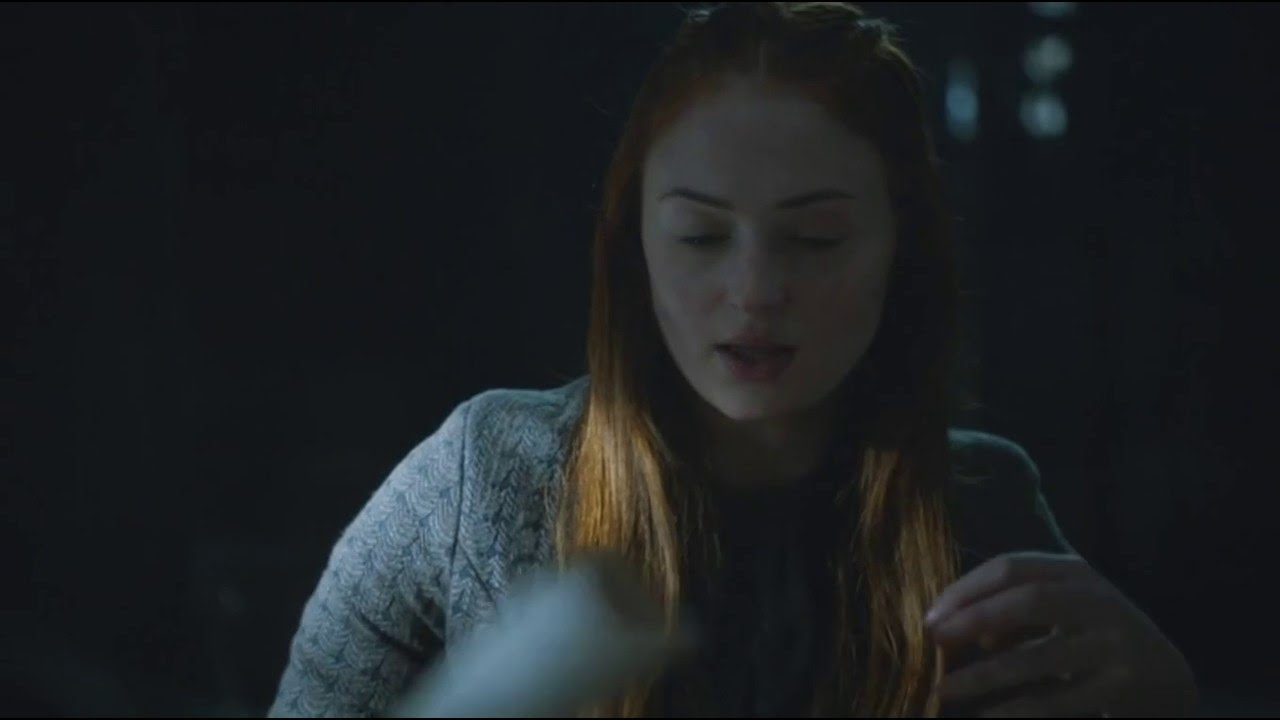 Now it’s on. The Wildlings are on board too. Sounds like they don’t have the numbers but….

Littlefinger is busy gathering the army of the Eyrie at the same time, and whatever his plan is, for now, it will help the remaining Starks, if it’s about defeating Ramsey Bolton, which apparently is in the cards for now. 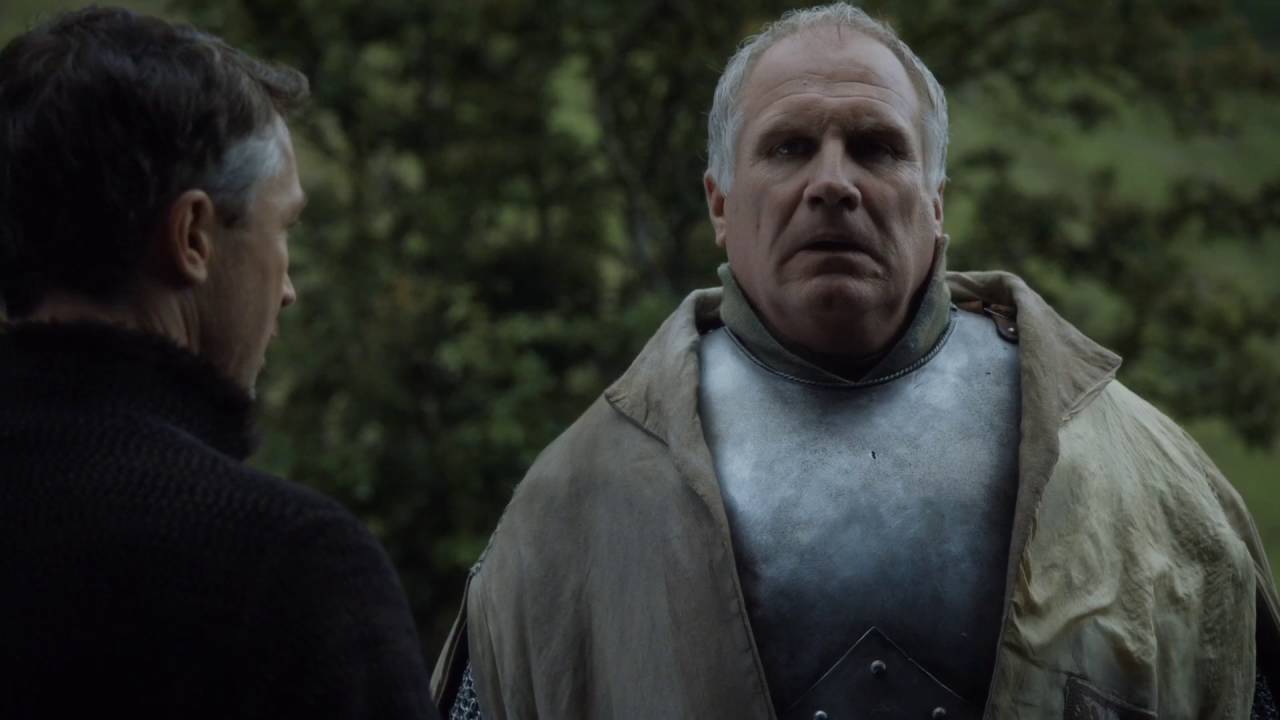 And now let me take you to see Daenrys. She’s in the Dothraki temple waiting to find out if she will be accepted to stay there or not, and even though I have faith in her to figure something out I’m getting nervous because I don’t know what she can possibly do, when she runs into her two erstwhile male would-be saviours when she’s outside for a pee. She has a new ally in the woman who came with her, who she befriends and takes into her confidence. She doesn’t let Jorah and whats-his-face Hottie McConcubine try to break her out because she knows they’ll never get out of town safely. Instead she apparently immediately hatches the most genius plan ever on the spot.

When we next see her she’s standing in front of all the Khals and they are giving her a bunch of crap about whether she should be allowed to stay there with the other former Khaleesis or not and she shows no humility, as is her normal way of confronting people being bastards to her. She tells them she’s not going to do anything they want, instead she is going to rule all the Dothraki. They laugh at her and she touches a fire pit/torch whatever you want to call it and I suddenly remember oh my goodness she can’t be hurt by fire and I know what’s going to happen and yet I still can’t get over the amazing brilliance of it. She then burns the building down, trapping all the men inside, and of course, steps outside unharmed, because she is, as she always tells people “the unburnt”.

All the Dothraki bow down to her and it’s one of my favorite moments ever in this show. Everywhere she goes, she starts as a captive or slave and ends up putting herself in charge almost immediately through sheer awesomeness. I really need her to ride into Westeros on a dragon and burn the Lannisters alive (except Tyrion of course, who will be riding on another dragon). 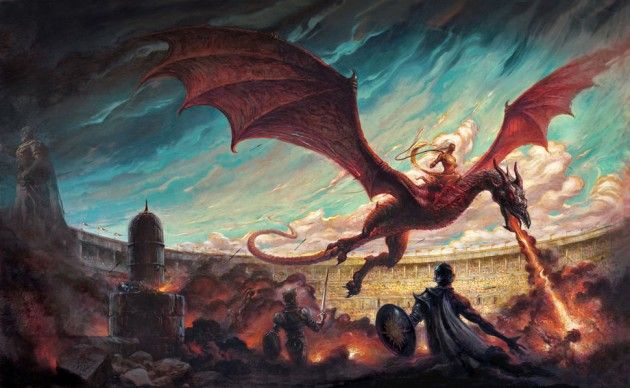