Get me in here! 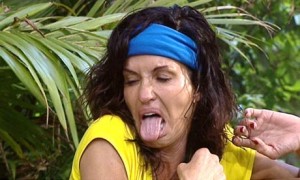 This is not Spencer from I'm a Celebrity, however, dude has one paragraph on a wikipedia page, how is he gonna have pictures for me to use?

Monday we posted on the first episode of I’m a Celebrity Get me out of here. They have been airing episodes every night since, but now take a break for three days until the show is back on Monday.

I’m not going to say the show has nose dived since Monday’s premiere. But, the shine is quickly coming off. Then again, I haven’t watched an episode the entire way through since Monday, and I completely missed Wednesday night.

Bringing in another Baldwin is solid. But, last night it looked like Spencer and Heidi wanted back on the show. It was quite the debate amongst the folks in the jungle. And, they are milking this one quite a bit. Wednesday they teased it. Thursday they announced it and Monday they will make a final decision on if Spencer gets back in the jungle.

I was entertained by this dude on Monday night. But, the idea to actually leave and then try to come back seems pretty damn boring. If you’re going to come in and be a villain and try to mindfuck with folks, I’m all for it. But, if it’s lame, “I’m leaving, no I’m not” schtick, it’s just boring.

Get back in there and try to give Daniel Baldwin a bottle of Grey Goose, or something.

Filed under: I'm a celebrity get me out of here, john salley, NBC, reality tv, TV