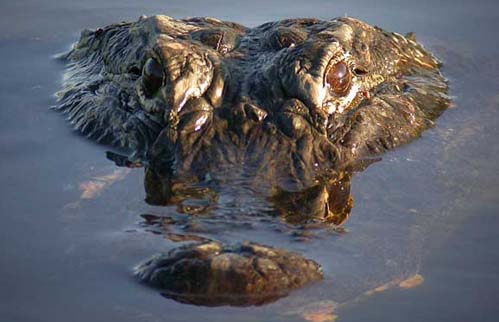 This email may be bullshit - I can't check as I am too lazy to go to snopes.

I like when emails have pictures – they have more credibility then.

This   picture was taken by a KTBS helicopter flying  over Lake Wiess about 90 miles north of Birmingham, Alabama !
The helicopter pilot  and the game warden were in communication via radio.   Here is a transcript  of their conversation:

Clicking the jump is sooooo worth it. 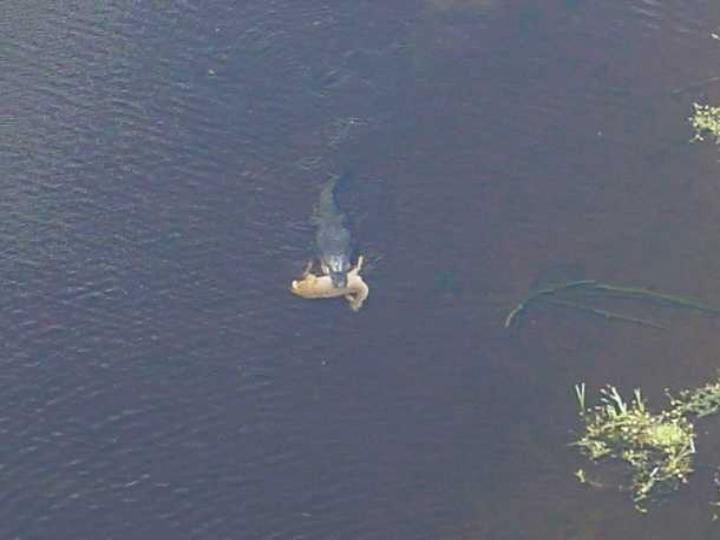 That  has to be a HUGE gator to have a whole deer in its  mouth!
The  deer was later found to be a mature stag and was  measured at 11 feet!
Are  you ready to go skiing on Lake Wiess ?!
If  you ski at the west end of the lake — try not to  fall. 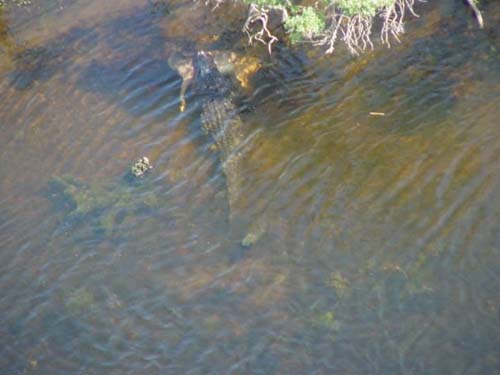 This   alligator was found between Centre and Leesburg, Alabama near a  house! Game wardens were forced to shoot the alligator  –  guess he wouldn’t cooperate…
Anita  & Charlie Rogers could hear the bellowing in the night. Their neighbors had been telling them that  they had seen a mammoth alligator in the waterway that runs behind their house, but they dismissed the stories as exaggerations.
‘I  didn’t believe it,’ Charles Rogers said,  but  they realized the stories were, if anything,  understated.
Alabama Parks and Wildlife game wardens had to shoot the  beast.  Joe Goff, 6’5′ tall, a game warden, walks past the 28-foot, 1-inch alligator he shot and  killed in  their back  yard. 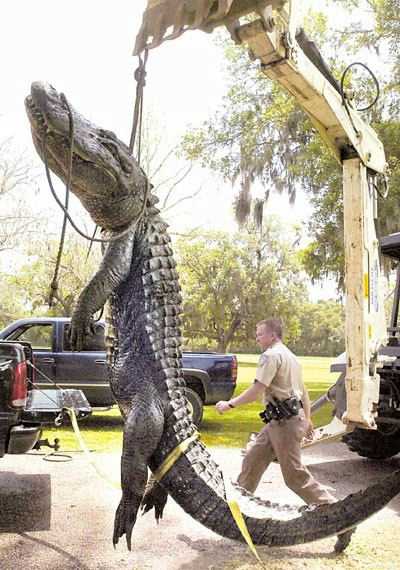 Is this photoshopped? If not - holy fucking shit