The Girl from the ATT Supervisor Commercials – Milana Vayntrub 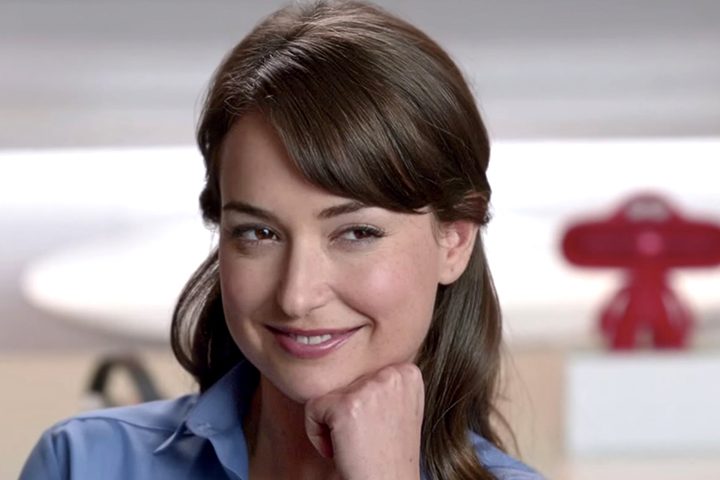 If you have seen the AT&T commercial where the cute girl is the supervisor in the store, then you know who Milana Vayntrub is.  You just didn’t KNOW you knew.  Usually when I do posts on girls from commercials I think: I must be the only person that cares that this person is even IN a commercial.  But then, every time, I start getting people searching for the person.  And for some reason I think the same thing is going to happen here.  Here’s the commercial.

Milana Vayntrub is not some nobody.  Well, she isn’t Jennifer Aniston but she isn’t just hiding in the dark waiting for someone to notice here.  She has her own site, a YouTube channel, A Twitter a Facebook and an Instagram.  That’s really putting yourself out there.  And it also shows me that the one thing that must be keeping me from being in commercials is that I don’t have an Instagram.  I have the rest of it.  So watch out, Hollywood!  I will get me an Instagram and then you will be…oh who I am kidding?  I’m never going to get a stupid Instagram.

So take a peek at Milana’s gallery.  I was going to look up what nationality she was based on her name but then I realized I would have no idea how to do that.  I guess if I try to get an interview with her I could ask her.  In fact, maybe that’s what I will do.  I will get Choo to try to get in touch with her.  It will be way less creepy than if I do it.  But if she DOES get tin interview I will make sure she asks:  “So, your name?  Are you a gypsy?”

It’s not racist to ask someone if they are a gypsy, right?  Like, that is an occupation?  Isn’t it?  Ugh.