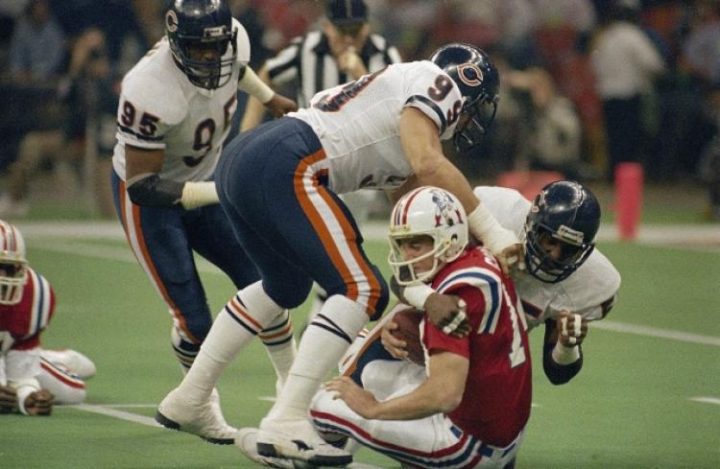 In 1985 I sat in my grandparent’s basement and breathed in Pall Mall smoke with my drunk uncle and the rest of the family and watched the Patriots get destroyed in Super Bowl 20 by the Bears.  Honestly if the ’85 Bears were playing a game against Isis I would not know who to root for.  The Bears killed my childhood.

Because it wasn’t just that they won.  The Patriots lost 46-10.  That was the worst beating in history (at the time).  And even the stupid fat Fridge got a touchdown.  And no matter how much my life was shortened by breathing all that second hand smoke, it is not as much as the damage done by the Bears.

Eleven years later the stupid Packers and loser Bret Favre beat the Pats 31 – 21 because Desmond Howard sold his soul to Satan (though to be honest the game was lost at that point).

Fast forward to 2001 and The Pats started their streak of winning Super Bowls by 3 points.  And everyone LOVED them when they beat the Rams.  First time a whole team ran out during introductions, rookie QB stepping in when Drew Bledsoe who suffered the loss against the Packers.  Adam Vinatieri.  It was awesome.

Then they won too much and everyone figured out that Bill Belichick was the Darth Sidious.  They got busted for stuff every team did and people hated them more.  And when Eli manning lucked into not one but TWO championships thanks for the most part to single plays, people started saying the Pats were done.

Except they weren’t, and in about ten minutes they are going to try for win 5 in nine tries.  The tie breaker.  And the only people who has been there the whole time are Brady and Belichick.  Belichick because he sucks the souls out of redshirts, and Brady because having a Brazilian super model wife is good incentive to stay in shape.

I want them to win.  I don’t hate the Falcons, but I would not be cheering for them even if the Pats weren’t in the game.  I promised my neighbors in North Cackalacka that nobody in the NFC South would win a championship before the Panthers.  Not that I have anything to do with it, but a promise is a promise.

So remember that the Pats did all this with the salary cap in place, with folks that became stars because they fit in the Empire’s system.  Corey Dillon was a problem on other teams.  Gronk gets hurt all the time.  Aaron Hernandez loves murdering people.  Tedy Bruschi had a stroke.  Ben Coates was a really good player who I still think is the best Tight End the Pats ever had.

I could go on and on, but the point is that I don’t care how much everyone hates the Pats.  I love them and I am excited and I think they will win 34 – 24.  They just finished the national anthem so I need to go watch.  Have fun!