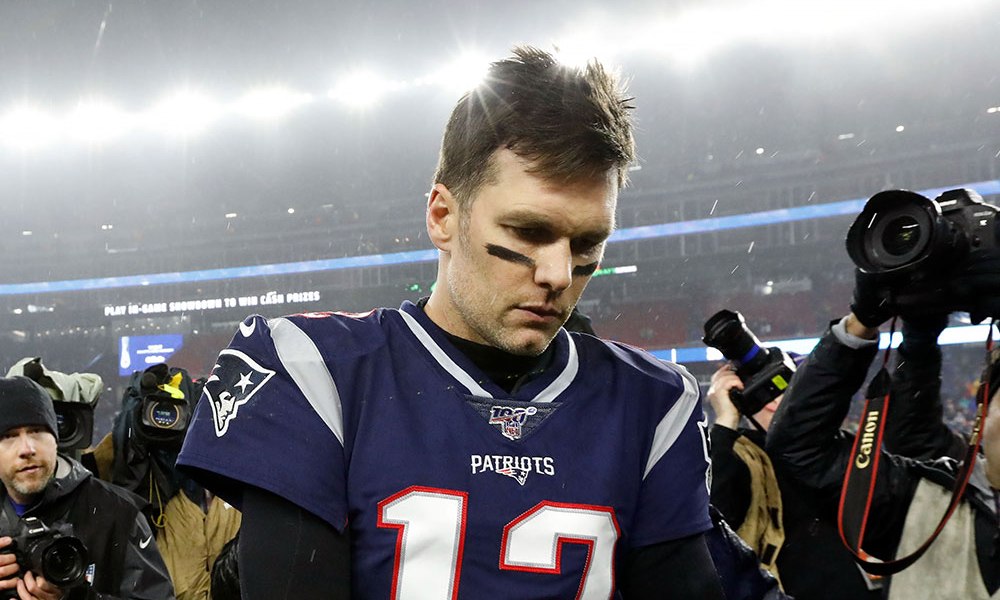 Last night we watched what might have been the last pass of Tom Brady’s career as a Patriot.  It was a pick six and that is the single worst thing a QB can do.  Does it diminish what Brady has done over the course of his career?  Negative.  He is the Greatest of all Time and will be until he isn’t, which I assume will be for a very long time.  And since he could not have done what he did without Belichick, I wonder if it might be ever.

At any rate, since he voided his current contract with the Pats and has already said that he isn’t going to retire, there is a good chance that he will end up with another team next year.  That will be weird but I get it.  And I am not going to be one of those people who gets all bent if he goes somewhere else.  Why should he take a pay cut to make other people happy?  As a fan, I would love to hear him say that since he is already super rich he can play for the Pats for free and everyone wins.

Except who is to say the Pats would take that deal?  One of the reasons the Patriots organization has been so successful is that they are cruel and heartless and cut people loose based on their internal calculations.  Now, I think they would take it, but I also think that a 42 year old quarterback is not a 32 year old one, and there is reason to believe that they might start trying to play someone new.

I just keep thinking of when Joe Montana played for the Chiefs and it weirds me out.  At any rate, here are my overall thoughts on the whole thing.

And see that #4 up there?  That proves he should move if he can.  The only time I have ever followed a person over a team was Xavier McDaniel in the NBA.  He was the best and I cheered for whoever he played for.  But beyond that, team > person.

I hope you stay, Tommy.  But if you don’t, I understand.