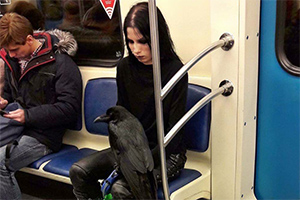 As President of Twitter Knowledge at Superficial Gallery I feel it is my duty to share with you so me of the best moments on Twitter for the last week or so. Maybe even just the last few days. Because lord knows some of you people can’t even figure out what it is, so I’ll just pick and choose and explain to you, like you’re five. Here we go:

We only rate dogs. This is quite clearly a smol broken polar bear. We'd appreciate if you only send dogs. Thank you… 12/10 pic.twitter.com/g2nSyGenG9

This Twitter account tweets pictures of dogs, typically rates them higher than 10/10, and is full of adorableness. I couldn’t really handle this “smol broken polar bear” pupper so please enjoy.

Patton Oswalt is always a good read. This needs no further explanation, I assume.

Andy Richter is also always a good read. Sorry but you gotta click through to see what he’s commenting on here because Twitter.

Reporter: President Trump, what are your thoughts on the #CivilWar ?
Trump: pic.twitter.com/4nRUBNUF6L

when you find out that at least the American Right doesn't think you were a racist piece of shit pic.twitter.com/NXBsAx9gCa

So in case you missed it, this week 45 declared that Andrew Jackson didn’t understand why the Civil War happened and that maybe if he had still been president it “never would have had to” have been fought. So nevermind he DIED BEFORE IT STARTED so he had zero thoughts about it – also, apparently he’s saying that we should still have slavery? Hmmmm.

shout out to all the Jackson fans, The Big-Hearted Genocidal Racist we all love to know

More of the same.

Do you know about fresh pizza woman and the goth with a raven? Well, now you do. Sadly, they appear to be on trains on two different continents but wouldn’t it be nice if they were friends? It would, I say.

Took me a second to get it, but the dude on the kisscam definitely mouths, "That's my mom." Her reaction is priceless. (h/t @MacCocktail) pic.twitter.com/64xBuBDxMi

The kiss cam tried to get this guy to kiss his mom. Ha.

Pro tip: if you preface your comment with "no offense but" just stop typing

This is just a fact that applies always.

If you don’t know about #FyreFestival do yourself a favor and click that link.

Not taking any chances pic.twitter.com/PH1tq5Qd3N

This is just pure twitter gold. Poor MattyBRaps. Wait, hold on a hot second – a teenybopper wannabe rapper named MattyBRaps is Twitter verified and I’m not, despite being a podcaster and news reporter of some acclaim? I object. (Shhhhhh, I didn’t say how much acclaim.)

And there you have it, I hope you have enjoyed Great Moments in Twitter, curated by Cider.