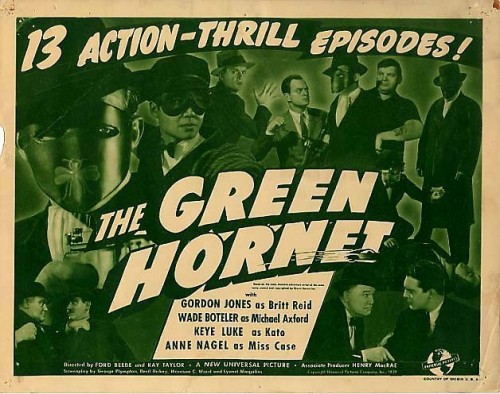 Can we blame Kevin Smith for the Green Hornet? The Green Hornet project has been kicking around Hollywood for years as one big star after another thought about taking it on. George Clooney and Ben Affleck both thought about it for a while. Then in stepped Kevin Smith. Silent Bob must have impressed everyone with his pitch because while the powers that be didn’t quite want Smith they chose Seth Rogen instead. I’m not sure what they were thinking. If I was told blindly that Seth Rogan was playing a comic book hero I’d have guessed it would be something like Baby Huey Rolls a Blunt.

Rogan always seems to be having a blast in any movie he appears in and Green Hornet is no exception. It’s a little strange to see him kicking ass like a respectable Comic Book hero but there are plenty of patented Seth Rogen moments where he does his goofy stoner guy shtick. I’ve always expected Rogen to just go back to smoking dope and sleeping in but he keeps on making movies and now he’s America’s film Teddy Bear. Just the guy for a spoof film if that’s what director Michel Gondry was aiming at. 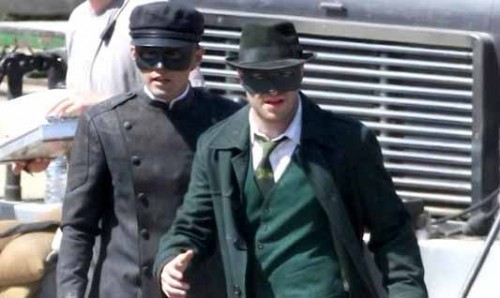 Rogen and Evan Goldberg (Rogen’s writing partner) are coming off the dual successes of Superbad and Pineapple Express. Recruiting Michel Gondry as an arty director to work with the Rogen Goldberg script is a move right out of Pineapple Express. Unfortunately Gondry seems to be in a decline since his heyday of the coolest commercial and music video director in 2004. This is the guy who did Eternal Sunshine of the Spotless mind. Then there was the Science of Sleep which was ok but Be Kind Rewind was a, thank god I saw it on Netflix, movie. Green Hornet isn’t the subtle, subversive flick that’s going to revive his career.

Green Hornet has always been a huge cliché even by Comic Book Standards. Britt Reid is a playboy who puts on a mask and he’s also a crusading journalist trying to fill his father’s big newspaper shoes. Rogan plugs right into the spoiled brat playboy but then his dad dies leaving a media empire. He even has a newspaper that’s making a profit. (Well it’s a comic book such fantastical things could happen) He discovers Kato (Jay Chou in the Bruce Lee role) who’s built a heavily armored Chrysler Imperial (The famous Black Beauty) and more gadgets than James Bond’s Q. Green Hornet has always stood out in the one unique way that the sidekick Kato has always been more interesting than the Green Hornet himself. There’s no exception here either, Kato the engineering genius, martial arts master with the arcane secrets of a barista when it comes to the espresso machine, does all the heavy lifting. 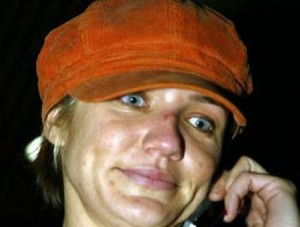 The two new buddies head out for some fun desecrating Dad Reid’s statue and then accidentally break up a mugging. They discover crime fighting is fun, Hit Girl and Big Daddy then……….wait that’s another goofy movie with sporadic ultra violence. Green Hornet and Kato are the ones who fight the crime baron Chudnofsky who, apparently having spent too much time in a fetish club, decides to wear a lot of red leather and ham it up as Bloodnofsky. Why does this sound so stupid you ask? Because Christoph Waltz stepped in at the last moment for Nick Cage and I suspect that nobody but Cage could crazy up a half baked villain like Bloodnofsky. Cameron Diaz is in the movie too. I’m not sure what she’s doing aside from letting the audience know that Britt and Kato aren’t kissing buddies. I’m longing for Michelle Pfeiffer to appear as Catwoman ever time Diaz appears on screen. She’d purr: “Life’s a bitch, now so am I.” Then Danny DeVito would croak as the Penguin: “Your just jealous, because I’m a genuine freak, and you have to wear a mask.”  You say I might as well watch Batman Returns or Kick-Ass instead if I’m going to put all these characters in Green Hornet. Maybe you’re right.