Grey Poupon – The Mustard that lies to you 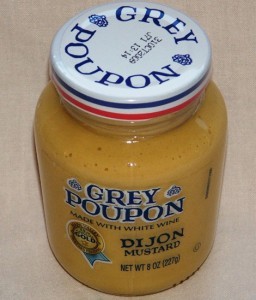 So I bet you never gave Grey Poupon much thought.  Probably think of it as the Cadillac of mustards.  Two rich dudes making sandwiches in their Bentleys and all that.  But I am hear to blow the lid off the scam that is Grey Poupon.  That’s right.  The white lid with blue letters.  Blowin’ that shit right off.  Or at least telling you some things you didn’t know.

I just want you to know the facts so that the next time you go to somebody’s house, you can be annoying and spray these facts all over the host and hostess.