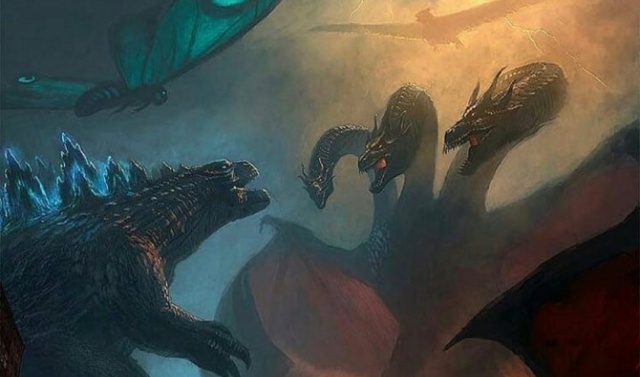 It’s been a while since we heard from Godzilla, but never fear, the GOAT of the monsterverse is back in theaters this May with the latest installment in the franchise. Five years after his last appearance, Godzilla is back on the big screen in Godzilla: King of the Monsters. With an impressive cast and director on board, the 35th installment in the legendary franchise is sure to wow us all. This film will be the third film to be produced by a Hollywood studio.

This time around Godzilla is up against his killer nemesis, the three headed King Ghidorah. King who you may be asking. Well this gem of a guy is a mix between a dinosaur and dragon, and he has three heads to boot. He’s of course a by product of nuclear weaponry, much like Godzilla himself, so he poses a true threat to humanity. Adding some flavor to the mix are also villains Mothra and Rodan.

The director, Michael Dougherty, is the genius being films such as X2 and Superman Returns, also co-wrote the screenplay for Godzilla: King of the Monsters and Krampus. Coupled with an outstanding cast such as Kyle Chandler, Vera Farmiga, Mille Bobby Brown, and O’Shea Jackson, Jr. (aka Baby Ice Cube, Ice Cube, Jr. Little Ice, all names I have given him personally), this movie is sure to deliver.

Check out the trailer below and comment your thoughts on the newest adventure Godzilla has in store. Don’t forget to subscribe to Superficial Gallery for all your latest updates and news in horror, comics, and monsters galore.