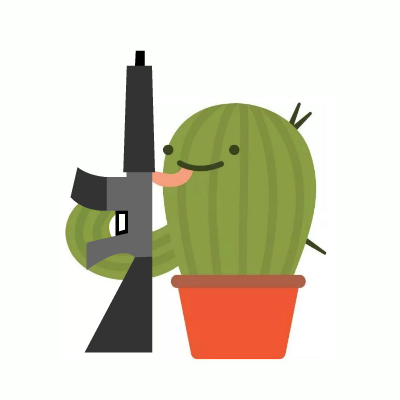 So. Guns and America.

I can only talk about my point of view, and my GUESS about how others feel about this.

And I will do so with Cactus Emojis.

First off, we need to separate the two fronts of battle. The first front is the actual citizens. 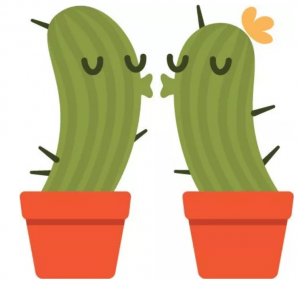 Mr. and Ms. Cactus. She took his last name, but still feels empowered.

So basically, these are the people who live in the horrible fantasy world that politicians and the rich called “reality”. Most citizens feel rather united about the desire to have some basic limitations on who should buy guns. Of course there are some members of society that feel that guns are somehow connected to their virility or masculinity, or… penis? 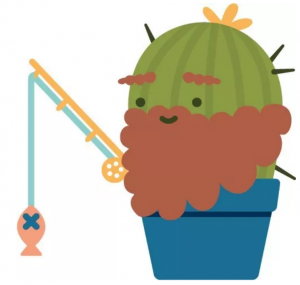 Everyone likes to think about guns like Ernest Hemingway Cactus did, but they always forget how he died…

The AR-15, in particular, seems to be the gun of choice when it comes to the firearm connoisseur. In America, it shows up as a primary or secondary weapon in every school and/or mass shooting.

Why? Well because it’s AWESOME! It is basically the BARBIE DOLL for the macho man! I mean it is in every action movie, shoot-em-up video game, and probably in most tv shows. AR-15 translate to AWESOME KICKASSERY!

It started out as a craptastic weapon in Vietnam, but eventually got better. When I used the M16A1 in basic training, it had a “forward bolt assist”. They told you to WHACK it with your palm to help make sure the bolt went all the way forward.

The AK-47, on the other hand, is a sturdy weapon. You can pull it out of the mud and shoot it with no problem. Highly dependable. Relatively cheap, unlike the AR-15 models. Ubiquitous. Ammunition is plentiful.

But… the bad guys use it. WE’RE AMERICA, DAMMIT!

From my point of view? I think guns are cool. I was in the Army Reserves, but I trained with the active duty soldiers. I got to shoot an M16A1, in semi and full auto. I got Expert Marksman. I was also able to shoot an M60, threw hand grenades, learned how to set TNT and C4 explosives with blasting caps and det cord, and also got to shoot those nifty grenade launchers like Arnold Schwarzenegger had in Predator.

It was freaking fun. 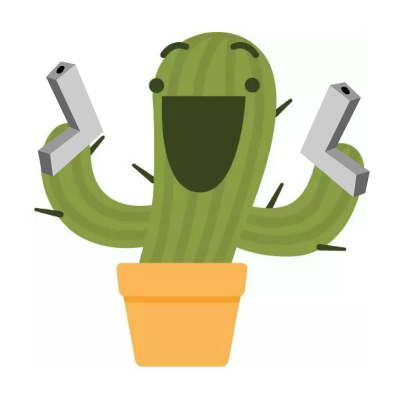 Needless to say, I CAN see where gun owners are coming from. Guns are fun. Guns are cool.

But are guns THAT important that we should allow this scourge to carry on? I mean… couldn’t we, like… just RENT guns for recreational shooting? I mean, there are places where you can rent guns and shoot them for a few hours… no muss, no fuss. Maybe it is time we actually talked about, gun control as a reasonable country? 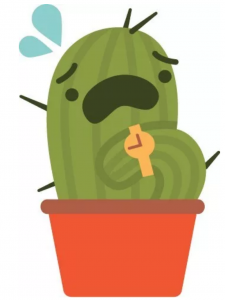 “OH MY GOD, NO! IT’S TOO SOON TO TALK ABOUT GUN CONTROL! TOO SOON!”

Another reason to have guns, of course, is self defense. That might make sense for someone who owns a handgun. However, how do you rationalize someone who owns 10 AR-15s with multiple 30 round magazines, and a whole mess of handguns saying it’s for “protection”? From what? A frontal attack? 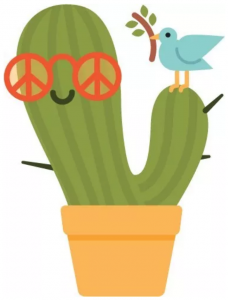 This does NOT even touch on the matter that having a gun in the house raises everyones chances of death. You’ve see it in the movies, where the dad wakes up and hears a noise. He pulls the gun from the nightstand, and walks downstairs in the dark. Suddenly the light turns on, and the dad points the gun at his child! Everybody screams! What a chuckle! Sadly, that is not how things end up, especially if the gun owner’s only training is from watching Die Hard. 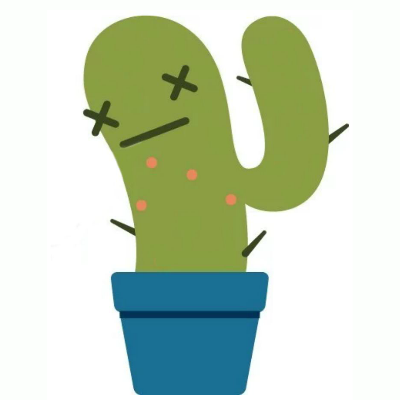 That does NOT EVEN COVER the instance of suicide. The average American, who sees going to therapy as “weak”, does not think he would EVER commit suicide. Sure, maybe somebody else would, but “I’m strong! I would never do something as cowardly as that!” The sad and scary thing is that you don’t really know. If you think you know how you’re going to feel in a year–hell, at the end of the day, you are fooling yourself. And if your life is routine and boring, you can only assume you would not be mentally prepared for the sudden death of a loved one, financial ruin, or even something you can’t even think of at the moment. And when you hit that bottom, and suicide seems like a perfectly reasonable alternative, having a gun readily available makes a spur of the moment decision into a permanent one. 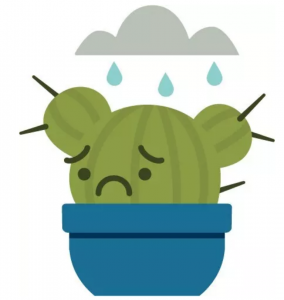 “I can’t believe this season of Game of Thrones is already over, and won’t be back for 2 years.”

Anyway, back to the “legal” aspect of guns. I will not discuss how people who LOVE the 2nd amendment and foam at the mouth about “freedom” really have no idea what “Black Lives Matter” means. I will NOT try to relate gun owners to fascists, racists, or bucktoothed idiots. 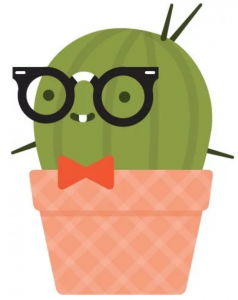 I am going to try to focus on their belief that in order to protect the god-given right that George Washington put in the constitution that every 18 year old can buy AR-15s whenever they want, that sometimes innocent children must die. Their belief that the tree of the second amendment must be refreshed with the blood of the innocent and children.

I will focus on those individuals that believe we should all be willing to commit our lives to the constitutional, god-given right to bear arms! 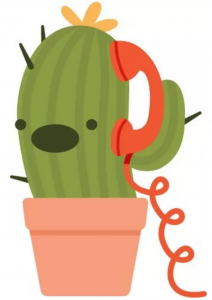 It’s ok if the government taps my phone without a warrant, though. I mean, there’s RIGHTS, and there’s “rights”. Amirite?

The problem is not with the average citizen. It is common knowledge that most Americans –even GUN OWNERS– would not mind having SOME kind of background checks before someone walks out with a gun. Ask anybody–NOT in politics– their opinion on whether they would let their loved ones die just for the right of an 18 year old mentally troubled teenager to buy a weapon of destruction. 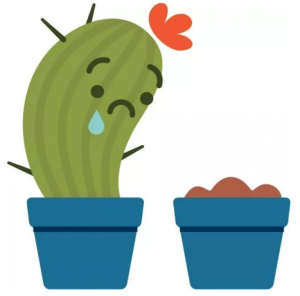 “Well, my wife is dead, but at least I can still purchase a semi auto rifle, a 24 pack of beer, and an oil change in the same place, all at once,” SAID NOBODY EVER

The issue is not communication between the average people and each other, or even with their representatives. The REAL ISSUE is that the connection between congresspeople and the gun corporations are overpowering the need of the average person. It is a systemic issue. These specialized trained seals only know how to do one thing; work in DC. Nowadays, you need a lot of money to be elected… ever since corporations are people, my friend. So… they dance with the person that brought them to the ball. And the NRA has a lot of balls. 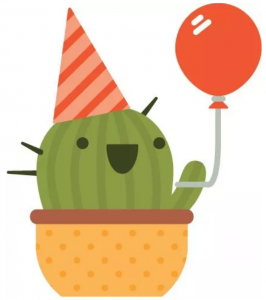 The only way to stop that is to either make these politicians pay for what they did by voting them out of office. Or, we can wait for the politicians to change campaign finance laws. Yeah. I’m not holding my breath. 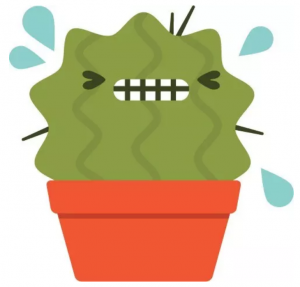 No, little buddy. I said DON’T try holding your breath.

But, to round off this article, I wanted to lay out the answer to what was asked earlier, on facebook.

Well, an AR-15 rifle is not really good for hunting… unless you’re hunting foxes or squirrels. You shoot a deer with this thing, you’ll just end up with a pissed off deer.

Home defense? Well… the rifle round would most likely go through a few walls before losing velocity… A rifle is WAY too powerful to shoot inside a house… especially if you have neighbors… like children in the next room. Also, in the closed confines of hallways and rooms, a long rifle makes no sense. And finally, you risk injury to yourself and others unless you train with your specific rifle on a regular basis.

Zombies? Come on. Everybody knows a .22 lr is the best choice. You can carry more bullets for less weight, and the .22 has enough strength to enter the skull, then bounce around inside, killing the brain. Duh.

So why do we want these guns?

The same reason we want to drink alcohol, smoke cigarettes, drink raw milk, smoke pot, not vaccinate our kids, tear off the tags on all our mattresses, and get service with no shoes and no shirt. 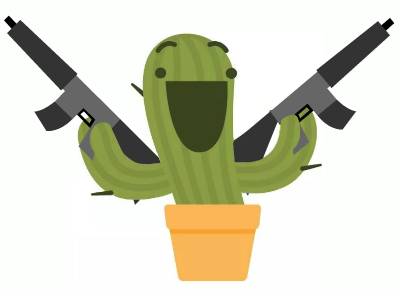 “BECAUSE IT’S MY CONSTITUTIONAL RIIIIIIIIGGGGGGGHHHHHTTTTT!!!!”

It’s just who we are. Americans. We CAN change. We just need to vote. 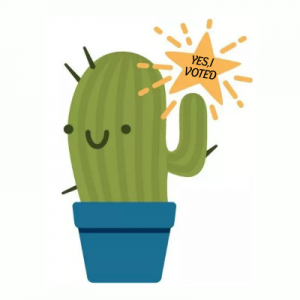