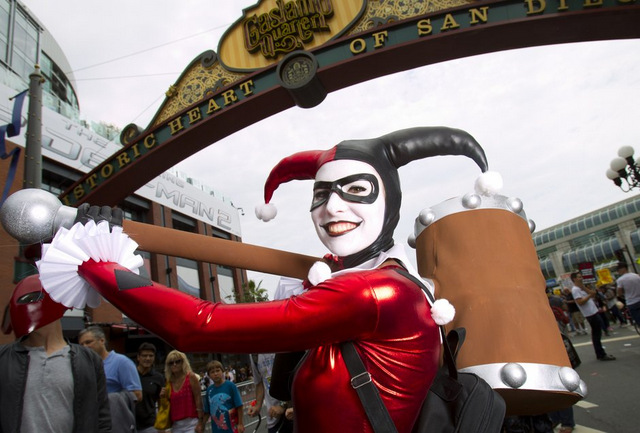 Kids, I just heard Acadia is on his way to New York again, so he won’t be around much this week. Since I kind of assume that when he says he’s “going to New York” he actually means “sit around in his underwear making Harley Quinn gifs,” I thought I would generously continue Comic-Con week here at the Gallery with a collection of Harley Quinn cosplayers from this year’s San Diego Comic-Con.  Sure, there were the usual 800 girls running around in slave Leia costumes, but being a villain is so much more fun, don’t you think?

For more Comic-Con coverage, check out my post, 13 Things You Missed at This Year’s Comic-Con.