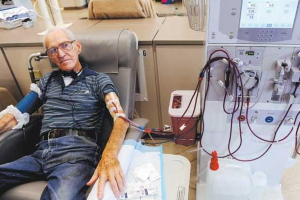 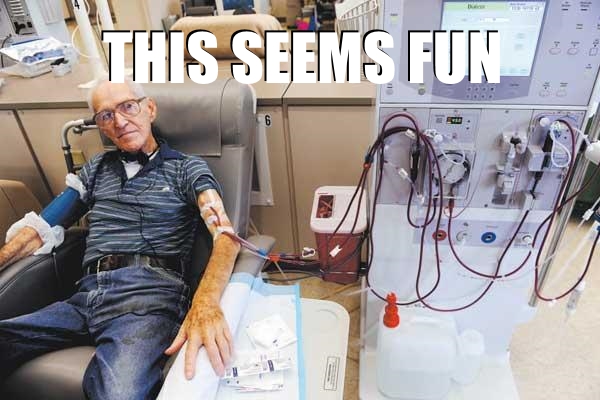 I kind of feel like maybe this should be an ongoing series because our healthcare system, from big pharma, to insurance, is so effed up in this country. In any case, today I’m particularly outraged about what John Oliver just talked about on Last Week Tonight… well, this week. The subject? Dialysis companies, in particular, DaVita, which actually encourage people to decline kidney transplants and just stay on dialysis indefinitely. Because why? Because then they get money. Apparently dialysis is one of the very few things that’s covered for everyone, because Medicare will pay for it, regardless of your insurance status otherwise. So they’d like you to keep using it, thank you very much.

Kidney disease is the ninth leading cause of death in the United States, according to the Centers for Disease Control and Prevention. Oliver also cited a 2010 ProPublica investigation that revealed the United States “continues to have one of the industrialized world’s highest mortality rates for dialysis care” despite spending more on it than other nations, by some accounts.

“So we’re spending the most to essentially get the least,” Oliver said. “We’re basically paying for a fully loaded Lamborghini and receiving a drunk donkey on roller skates.”

He sent staffers to learning sessions at DaVita, which is where they were literally told that some patients have decided not to “make the choice” to have a transplant because “this is their community”. That’s right, they are encouraging you to consider the process of sitting and going through dialysis for hours and hours every week a fun community where you would rather spend your time than I don’t know, doing anything else at all.

Also, the head of the company wears a 3 Musketeers outfit and insists that people call him “the mayor”. So. There’s that.

If you’re not mad enough yet, enjoy the full episode below.

And if you’d like to do something useful, you could consider becoming a living kidney donor by filling out this form.