Here's Why Capitalism is Bad 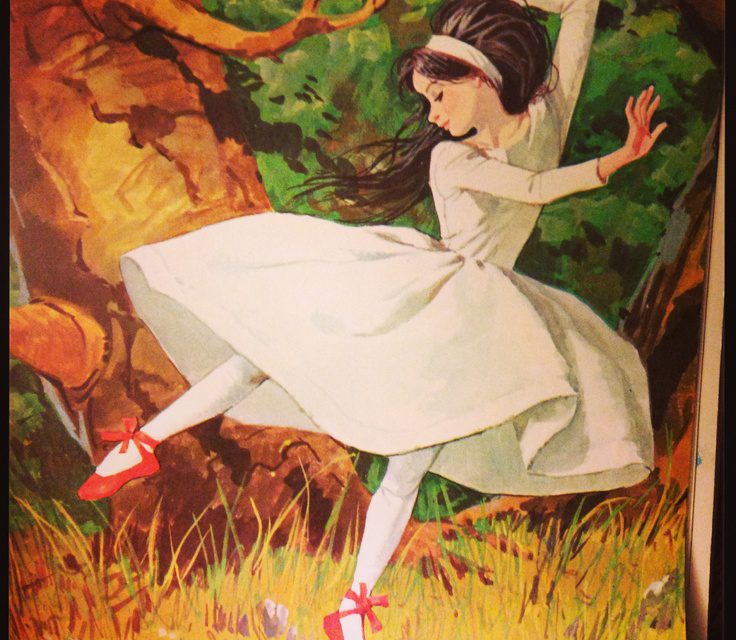 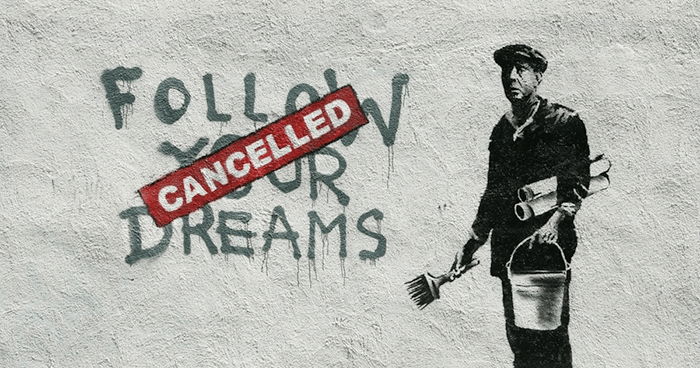 Now this is a fairy tale by Hans Christian Anderson, which means it’s scary and gory. It’s not Disney-ified. I had a book of Hans Christian Anderson fairy tales as a kid. Actually, if I remember, correctly, a 2-book set. That’s why I know the real Little Mermaid story (it’s not a happy ending) and it probably explains a lot of things about me, actually. Ha.

In any case, a quick synopsis of the story goes like so: there is a young girl named Karen who is a peasant. After her mother’s death, she is adopted by a rich woman who buys her beautiful red shoes that Karen loves. However, Karen wants to wear them all the time, for instance, even to church, which her adoptive mother does not approve of. Karen does it anyway and is scolded. The following week she plans to wear them to church again, but on her way to the service an old man sees her and curses the shoes so that anytime Karen wears them she dances constantly. At first she is able to remove the shoes but before long she can’t take them off and she can’t stop dancing. The shoes drag her all over the place in all weather, dancing constantly.

Karen is miserable. But that’s not punishment enough for this vain child, an angel curses her to dance even after death, she can’t attend her adoptive mother’s funeral because she has lost control of the shoes, she begs an executioner to chop her feet off – which he does (and then apparently makes her wooden feet and crutches – those executioners were real renaissance men I guess), and then her decapitated feet continue to dance in the shoes, and the shoes chase her around preventing her from going places she wants to go, like church to beg for mercy.

Eventually Karen “learns her lesson” by working at the parsonage, and quietly praying for forgiveness.

She went to the parsonage, and begged that she might be taken into service there. She would be industrious, she said, and do everything that she could; she did not mind about the wages as long as she had a roof over her, and was with good people. The pastor’s wife had pity on her, and took her into service. And she was industrious and thoughtful. She sat quiet and listened when the pastor read aloud from the Bible in the evening. All the children liked her very much, but when they spoke about dress and grandeur and beauty she would shake her head.

Finally the same angel appears to her to tell her she is forgiven, and her heart is so full of happiness and joy that it bursts and she dies and goes to heaven where nobody mentions the red shoes. Damn, that’s harsh. Maybe, you might think, a little too harsh for a child who just liked red shoes. Fair enough. But I’d like to expand the lesson here.

First, here are some important things Karen learns/understands, albeit through torture and death:

Now before you get the wrong idea, I’m not some kind of jerk who thinks kids shouldn’t get anything fun or cool. In fact, if you have a kid that wants a cool pair of red shoes, isn’t a spoiled brat about it, and you can afford them and there’s no real reason not get them, then I think you’re kind of a jerk if you don’t get them for the kid. However, I’m also not here to give you a lesson in child-rearing (you’re welcome).

Here’s what I’d like to bring to your attention: greed is bad.

And greed is kind of the heart of capitalism. Now I don’t need you to define capitalism for me, thanks, I can read, and I can google. (Hey, remember when “google” wasn’t a verb? LOL I’m old. Shut up, if you laughed you’re old too.)

Now there’s nothing wrong with wanting to provide food, clothing, and shelter for yourself and your family. I’m not advocating for living in rags in a field somewhere and dying of exposure. However, let me tell you about something that’s going on right now – the  House of Representatives is getting ready to vote on the revised healthcare bill, which I will good and damn well call Trumpcare, regardless of what that clown wants it to be called.

Here are some things the bill seeks to remove as requirements of coverage by insurance companies – ready? Sit down. Here we go:

OK so… from what I can see, that’s like, pretty much everything. I could go on and on about the reasons that a group of wealthy people – who work for you and me, mind you – we are the boss of them – would propose such utter awfulness – it’s greed, in short. Because they are in the pockets of lobbyists, and they care about themselves and themselves only, and they took out their empathy chip from their robot heads and forgot to put it back in. But here’s what I’m getting at because I think it’s the root of the problem on a more basic level: The problem is the inherent greed in our entire society.

For instance, what they are doing right now is dismantling requirements for insurance companies. So they are saying that insurance companies would no longer face legal penalties for not covering these services. But they certainly could still choose to cover all of these services. And I’m sure before you finished reading that sentence you thought to yourself, “well yeah, but they won’t, because then they’ll make less money.”

It’s such a natural response to assume that anybody – from an insurance executive to a guy trying to buy a stool from you over craigslist – cares about money in their pocket more than anything else, that it’s easy to overlook it. It just seems obvious. It’s like part of the air and water in this country. But why?

Right now, these services are covered by insurance companies. Have you heard any tales of insurance companies going out of business? Any CEOs having to downscale their lifestyle so they can afford to continue to cover these medical needs of the insured? No? Oh, OK then. But, generally speaking, everyone just assumes that if a company can make more money, not only will it do so, but it’s right that it should do so.

Are there exceptions? Of course. There are definitely companies that don’t necessarily put money first and we even started collecting a list of some of them here on our site. (Oops, I gotta update that…) But I think we can all agree that nobody is surprised when a company makes a greedy decision; in fact, people are shocked when companies do things like ask everyone to take a 5% pay cut so they can avoid laying off staff, or when a CEO takes a pay cut to raise the pay to a living wage. Why? Because we’re taught, implicitly, for our entire lives, that the most important person is me, myself, and I, and that the pursuit most worthy of my time is stuff and money and money and stuff.

Haven’t we all suffered for “stuff” enough now? Can we not just calm down, stop lusting after the shiny red shoes, put on our slightly worn ones, and I don’t know, maybe go find a volunteer opportunity (see youtube at the bottom)? Shop responsibly? Stop rewarding companies that do terrible things to their employees? Expect a little more of each other, generally, and of every business and institution we patronize? Vote for candidates with a record of listening to their constituents? Get some new people in office, even? Maybe stop letting rooms full of old white men make healthcare decisions for women? 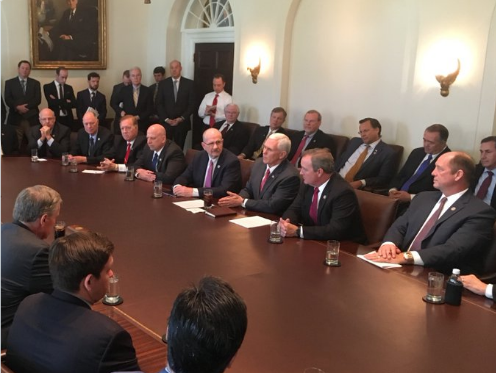 Yes, that’s really a group of dozens of old white guys meeting about healthcare, discussing how great it will be when they no longer have to pay for all our messy lady medical things!

I think we can, but it’s going to be hard. 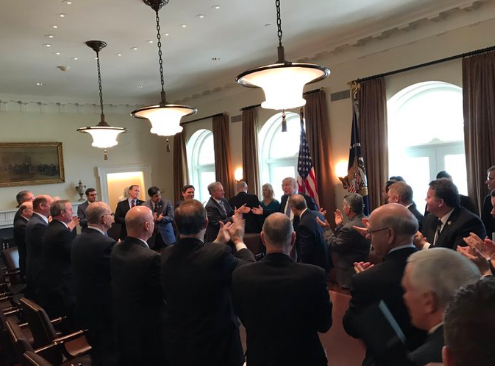 And this is the same group applauding #45 when he walked in. By the way, VP Pence caused an HIV pandemic in his home state when he closed clinics. So probably he shouldn’t be involved in healthcare decisions. 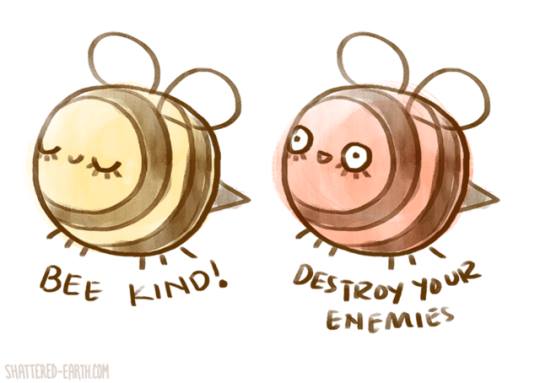 Thanks to staff member Joey C for finding this perfect synopsis of how I feel.

And here is a State Farm ad that made me cry within the first 30 seconds: 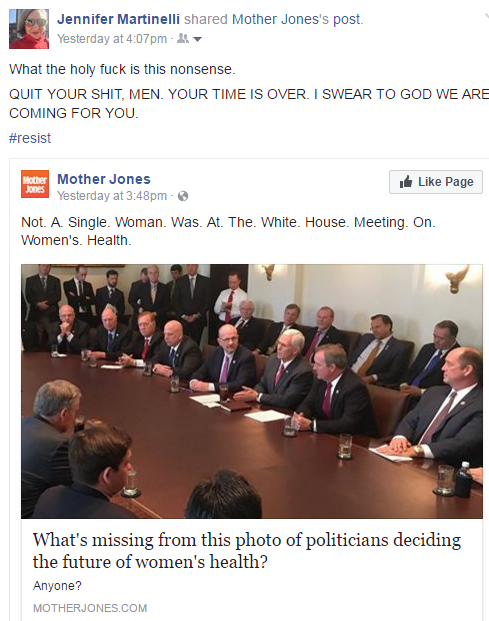