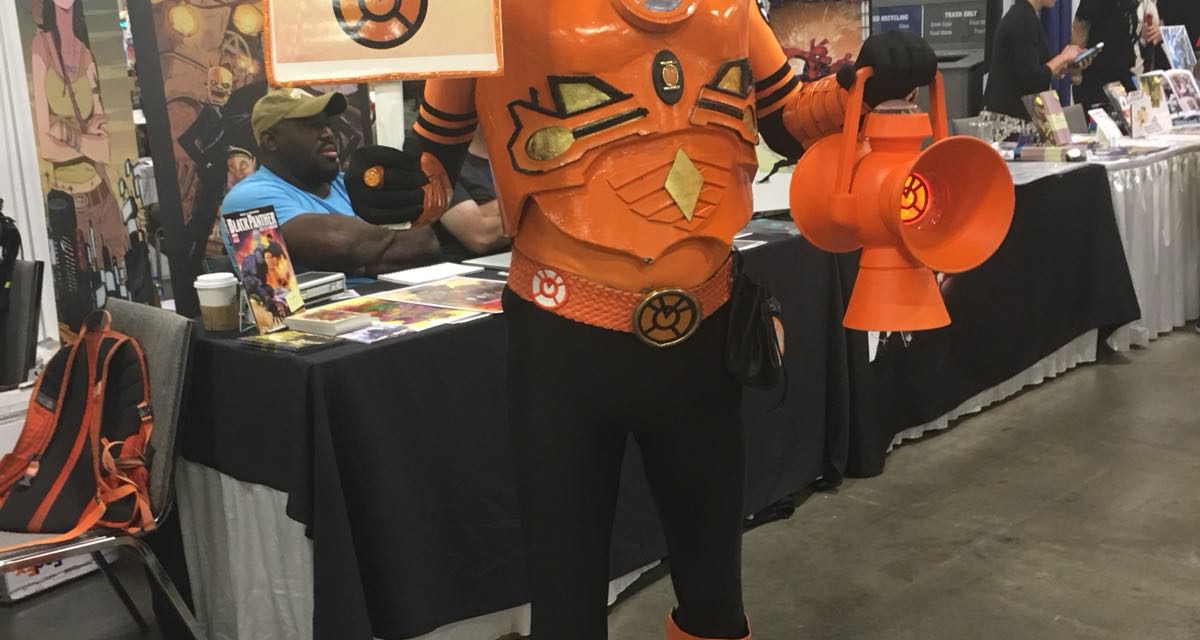 We have another amazing fan review of a convention.  This one comes from @Deadpoolio1224 and covers the Heroes Con show in Charlotte, NC! Let’s go!

This review is for Heroes Con 2018 in Charlotte, NC, held at the Charlotte Convention Center in uptown.  This is the 36th annual convention run by local comic book store Heroes Aren’t Hard to Find in Charlotte, NC.

Favorite Things – person you met, panel you went to, etc.:

Favorite writer
Declan Shelvey (Deadpool Vs Old Man Logan, Moon Knight) – thick Irish accent, funny guy.  My wife and I were debating how to pronounce his name (wife was right, Declan said I should get used to that being the case).  For those wondering, its pronounced like “Deck-lan, Shell-vee” ( I wanted to make him sound fancier by pronouncing it Day-Clon Shell-vay”).  He did admit my pronunciation sounded really cool.

Scott Koblish (Despicable Deadpool) A cool guy that seemed genuinely interested in what fans had to say and even encouraged discussion at his booth.

Room to Improve (if there is something the con can do better, put it here):

There have been better comic book writer/artist lineups at past Heroes Cons. I think Denver Comic Con happening the same weekend stole some of their thunder by taking many good DC writers/artists ( a couple of examples, Tom King and Mitch Gerards from the current Mister Miracle run).

If they could beef up the guest list in future conventions, I personally think it would make it more enjoyable.

For those that don’t enjoy comic books themselves, they will probably be left wanting.  If they want to have greater success, they may try to branch out to more of the mainstream audience that also enjoy the movies, TV shows, etc by inviting some actors as guests.  I am personally okay if they keep it comic-centric, as it comes off as more authentic.

They could have had better/more diverse topics for panels. I did a quick flip through the guidebook and not a single panel jumped out at me as something worth spending my time on.