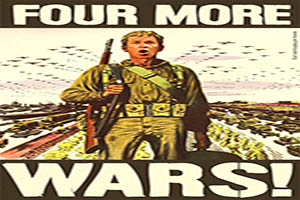 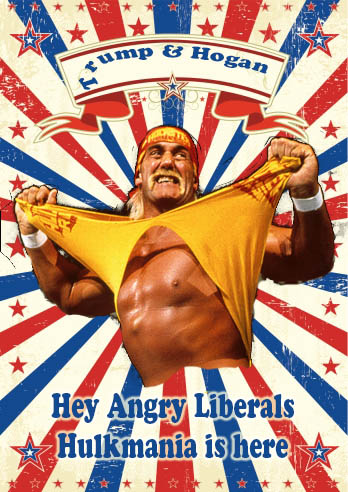 All those second rate GOP presidential candidates that just couldn’t stop attacking Donald Trump during the CNN debate had better watch out. Hulk Hogan wants to make America great again by being Donald Trump’s running mate! Donald should think about it. It wouldn’t take Hulk long to take out Carly Fiorina and the next time Vladimir Putin whipped off his shirt for a photo op Hulk could be there to throw down on the Mad Russian. This is America at stake, who needs folding chairs when you’ve got ICBM’s! Don’t worry about the black vote Donald. Lots of wrestlers and celebs have said he’s not a racist at heart even if Vince McMahon did wipe all traces of Hogan from the WWE universe.

Just think this could be a trend. Imagine what a secretary of state Dennis Rodman would make. He’s a fan of Donald Trump too and he’s already been sucking up to North Korea by singing “Happy Birthday” to Kim Jong Un like he’s the reincarnation of Marilyn Monroe.

Hulk Hogan Poster is a shameless ripoff of one the patriotic posters at the Officious Site of Ex President George W. Bush. Be sure to check out Dick Cheney’s Gun Club while you’re there. 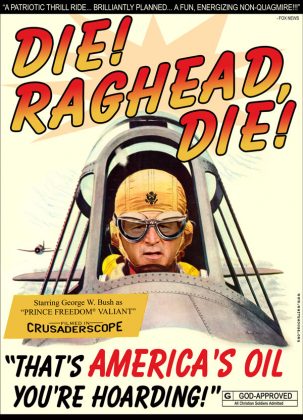