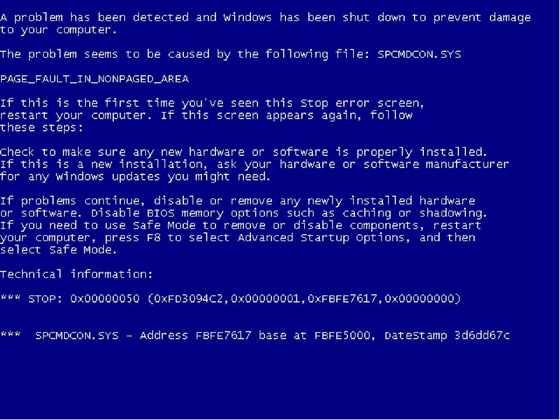 Seriously, it is time for all the people who “work” in the IT department of their respective companies to stop making snide little remarks and yukking it up with their “Network Administrator” friends about the “dummies” that they have to spend all day “taking care of”.  If you knew what was good for you, you would be very very quiet and appreciate just how lucky you are.

Confused?  Well, let me explain.  I work in a company that has an “IT” guy.  But I also had to open an office by myself (not open the door, I mean set it up) and I have to deal with all the technical crap here on the site.  So now I know.  And remember, I say this with love.

After the jump, the exposé that actually inspired me to figure out how to make an “é”.

Please read all of this as if it were all being “sighed”.

I have had a Windows 7 machine for a while now.  I have gotten one Blue Screen in more than a year, and it was legit (hard drive went).  Technology is going  out of its way to make YOU obsolete.  Don’t let it.  And be nice to the people in your office.  You never know when one of them will get bothered and rat you out.  Now, can you help me figure out how to print to a Brother printer from my HP Touchpad?