Hey Marvel, Get it Together. 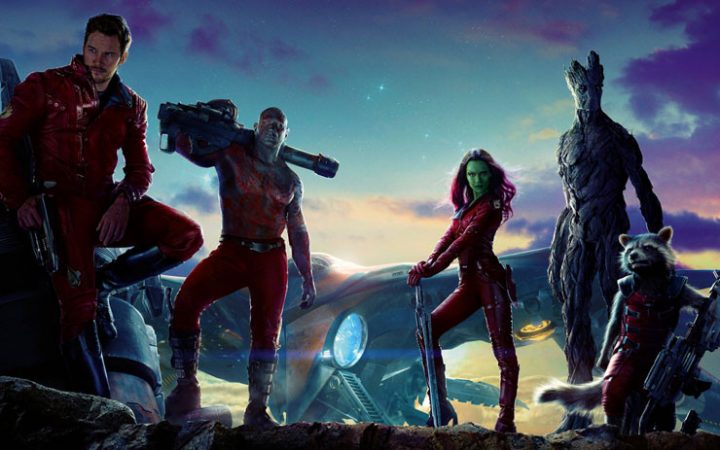 I know I complain about Marvel a lot but my level of complaining is now at a new level because of Guardians of the Galaxy.  And NOT because of the movie itself.  Having FBI Agent Bert Macklin as the hero of your movie is a winning move ALWAYS and don’t we all love the gritty band of misfits that come together to do something or other.  I loved it 17 years ado when I was doing barrel rolls.

No, the issue I have is that everyone seems to love making fun of DC (Batman, Superman, etc.) because they didn’t build a UNIVERSE like Marvel did.  And everyone is yipping about how this new movie is going to tie into the Avengers and all that and omg look how SMART they are for building such complex layers!

Except unless and until someone explains to me why Spider-Man, the X-Men, The Fantastic Four AND the Avengers all live in NY and Never see each other I will tell all the Marvel people to shove it.  At least Gotham City and Metroplis are DIFFERENT!  You guys claim everything is so realistic (which is funny for comic books) but then you don’t explain why the “Battle of New York” didn’t pique Magneto’s interest?  Weren’t those Chitari Warriors made of metal?  Couldn’t he just throw them into the sun?  Not to mention Iron Man?

I think the Guardians of the Galaxy will be fun.  I think it stinks that everyone is pretending that Batista isn’t a wrestler named Batista and thinking that putting “Dave” in front of his name would make people not know.  People still know Dwayne Johnson is The Rock.  So why does Batista need to forget where he came from?  Look at him.  You think his next role is going to be: “nervous bookshop owner” in a Woody Allen movie?  WWE fans watched a horror movie starring KANE, ffs.  Play up the fandom!

Look, Marvel People.  I liked Avengers.  My bar is not high.  But unless you can defend the ridiculous NYC situation you have created you are not allowed to make fun of anything in DC.  Not even the Metal Men.  Seriously.