Homeland Security: What is the Jack Bauer Syndrome? 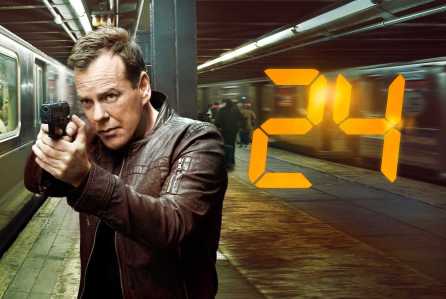 Fifteen years ago on September 10th the FBI declared at a congressional briefing that the most imminent domestic terrorism threat was from animal-rights activists. That day there were just 12 people on the FAA watch list. Airlines were resentful being made responsible for airport-security so they cut corners and paid the lowest wages possible to private screeners who got little or no training. Federal Air Marshals had been reduced to 33 for more than 20,000 flights leaving 440 airports.

The actual number is classified but there are over 5,000 Air Marshals on planes today. American ports screen cargo using billions dollars’ worth of technology. Containers are analyzed on a sophisticated threat matrix that is very effective. Homeland Security makes you take off your shoes and confiscates toothpaste if it’s above a sample size. If you did manage to get a box cutter aboard the cockpit of the plane has been reinforced. Personally when I fly I have to take the Boston Marathon medallion off my keychain because it registers as a small grenade when scanned. All sensible precautions even the false positive from the medallion.

We embraced the paranoids but did it make us safer?

“Even I think the pendulum has swung way too far” in the direction of overspending and bureaucracy, says Richard Clarke, the anti-terror chief on President Bush’s National Security Council, who had been derided for being the guy in the White House most obsessed with the threat of an al-Qaeda attack. “Beginning almost the morning after, the consultants and contractors came out of the woodwork.”

Billions of dollars raised by the mighty tax machine of the United States suddenly broke free. The do something, ANYTHING, after a traumatic event like 9/11 is and understandable panic. Academics are calling it the Jack Bauer syndrome after the counterterrorism agent in the TV series 24. The problem is there are a lot of Martin Shkreli types out there who thrive in a badly monitored system. Almost immediately after 9/11 Beltway Contractors formed something called “Capture Teams” that went looking for money connected to projects that would “Quietly tailspin into implementation delays, revised promises and final failure. Blood in the water for those sharks that circle Washington DC. They went into a feeding frenzy. 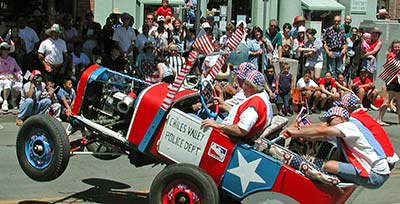 Cities and Towns learned that if you slapped “Homeland Security” on a grant proposal you could get any crazy thing your heart desired. Just go to any parade in small town America and look for the logo on the side of the spiffy new fire truck and the armored police truck. Sherriff Andy and Barney are armed to the teeth now. Barney still only gets one bullet but it will go through a house to kill a terrorist on the other side.

“Sure, we’re safer than we were 15 years ago,” says one senior auditor at the Government Accountability Office (GAO), whose 3,000 auditors independently monitor federal agencies. “But we’ve spent hundreds of billions since 9/11. The question is how much of that was wasted and how much should have been used on other programs to address other security gaps.”

War profiteering isn’t new. Grandpa Prescott Bush was up to his neck financing the Nazi war machine. The only thing that stopped him was when the US seized or froze all Nazi assets (Then politely returned them after the war) Go back further to the gunpowder mills of Dupont. Homeland Security has been a windfall for anyone who was able to set up a capture team. For the rest of us we just take off our shoes when we fly.

“You can’t blame Bush for what his grandfather did any more than you can blame Jack Kennedy for what his father did – bought Nazi stocks – but what is important is the cover-up, how it could have gone on so successfully for half a century, and does that have implications for us today?”