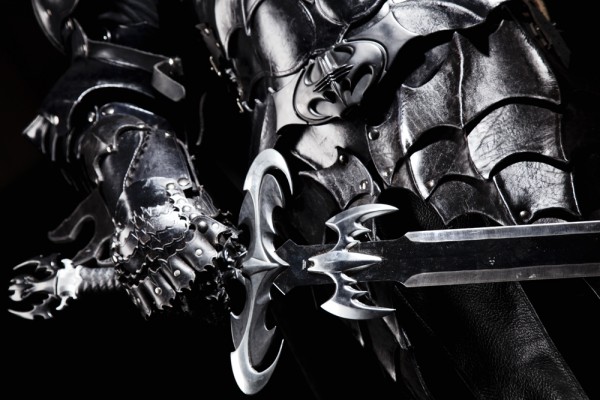 This 15th century-inspired Batman armor is basically one of the coolest things I’ve ever seen. Crafted of wet-molded leather by Samuel Lee of Prince Armory, this armor cost around $7500 and is cooler than anything you will ever make (if you have children, they are most defiantly included in that assessment). These photos are just the latest bit of awesome from Adam Jay of Superhero Photography, who I’ve already gushed over for his Ann Weying/She-Venom cosplay photo series (banned as too sexy for Facebook).  This latest series is spectacular and moody, featuring Lee’s armor as worn by owner and designer Carlos Blanchard, creating a very literal but quite effective Dark Knight.

You can find more information from Prince Armory on the making here, or go look at Adam Jay’s complete Medieval Batman gallery at Superhero Photography.  While you’re there, you might as well check out the smokin’ hot Girls Who Geek section. You can go ahead and thank me for that in the comments, kids.