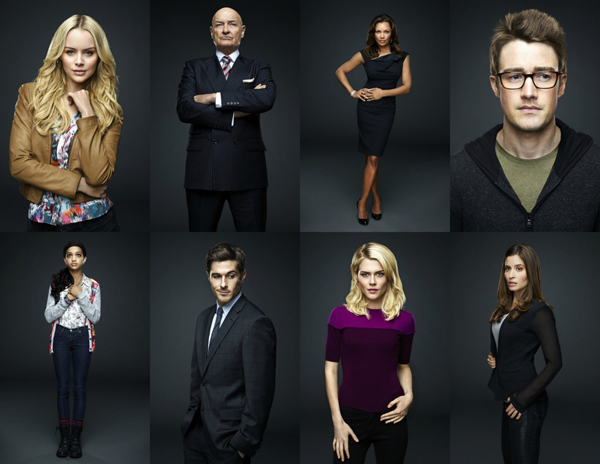 So it’s time for the new TV Season and I am already stressed out about it.  I didn’t need there to be any good new shows.  The old ones that are still on are fine with me.  I got burned by LOST and now it is going to be difficult for me to love again.  I’ll watch Sons of Anarchy (I am a poser as I only started watching last season) and The Walking Dead redeemed itself for me so I will give that another try but really I don’t care about cops or lawyers or doctors so my choices are usually pretty limited.  I wish there were another profession that had a big workplace and things that are different every day so there can be interesting and off beat cases/patients/crimes that could get wrapped up in one eppy (and have special guest stars) while the rest of the drama played out amongst the regulars.

I guess they need to  bring back The Love Boat.

Anyway, I’m going to give you my take on some of the new shows after the jump.  You could/should probably just watch the things I say (which includes The Cleveland Showand Amercian Dad, screw you, Internet critics!)

Everyone who lives in the building had made a deal with the Devil.  I will watch this show because I love horror and I like when it is done well and I’m hoping this is.  And making deals with the devil in Manhattan for an apartment would really explain Friends, yes?

Veterinarian show.   Will not watch unless they have baby goats.  I’m a sucker for baby goats.

Makes me wish I had watched Smallville.  The DC universe > Marvel crap.  If Spiderman lived in NY how come he didn’t notice Mutants blowing up the Statue of Liberty?  HUH?  Stupid.  I still won’t watch Arrow but Marvel can suck it.

Sherlock Holmes?  Seriously?  Stop making Sherlock Holmes go into the future.  Send him back in time.  How hard would it have been to be a detective during the Middle Ages?  Satan always did it!

Group therapy?  Why don’t you just have Sherlock Holmes be in it, too.  Ugh.  I won’t watch this.  I will watch the eppy of Friends where they have the game show instead.  Over and over.

It is like they had me come up with the idea of this show.  A U.S. sub runs to an island and declares itself its own country (with nukes)  I know that people complain about the defense budget but if Onstar can unlock my car from space one would think there would be some kind of “turn off the missiles” button connected to our submarines.  Don’t care though.  I will watch it to see if they use coconuts for money.  I hope they use coconuts for money.

I am including this only because it has the mom from American Horror Story and stumpy Hayden Penitentiary in it.  I am a pervert.

No electricity?  Elizabeth Mitchell?  Ohh yeah.  I’ll be watching.  And if you were wondering where the ever so brilliant JJ Abrams got the idea, maybe it was from this documentary from 1978.  Seriously.  The show is amazing.  (the one from 1978 I mean).  Watch it.

It is pretty much exactly the same as the movie Enemy Mine except Dennis Quaid hates a white bald buy (The Thing) instead of a black bald guy (Louis Gosset Jr.).  Will not watch.

Oh, and since we are talking about TV, can we stop pretending that Fox is equal to the other networks?  They go off at 10!  That is 5 less hours they have to come up with every week.  Not cool.  Not cool and not fair.  I have been pretty outraged about this for like 10 years but it doesn’t seem to get any traction.  Help me out?  Ill give you a bite of my sandwich.  My Nashville sandwich…

I just grossed myself out a little as I might have just offered you a bit of me.  So let’s wrap this up, folks.  Let me know what you are looking forward to.