I Have Even Creeped Myself Out This Time. 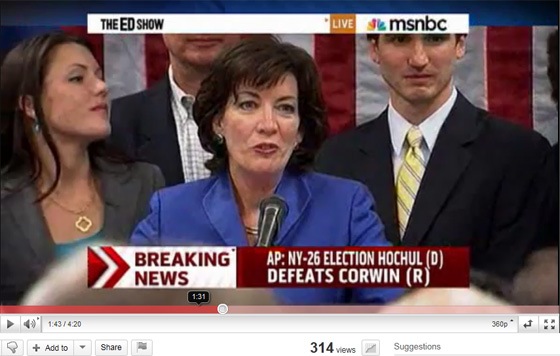 OK, so on Tuesday there was a special election in NY or something.  I don’t care.  But when I was on my way to channel 53 to watch American Dad and i had to go past channel 50 which is MSNBC.  They have this big fatheaded guy named Ed who apparently called Laura Ingraham a slut and he had to quit or something but stop distracting me from the point of my story.

I was on my way to watch cartoons at night when I saw some chick talking about something and then I saw THE MOST BEAUTIFUL GIRL IN THE WORLD!

Yeah, the video only has 314 views and I was 300 of them but that’s not important.  The important thing is that the girl on the left is the prettiest girl in the history of girls on MSNBC.  Or of Congress.  Probably of that entire Congressional District.  Look at her. 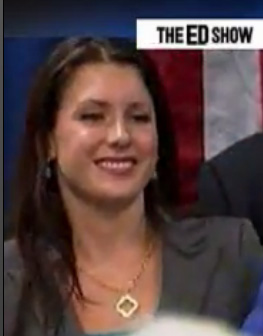 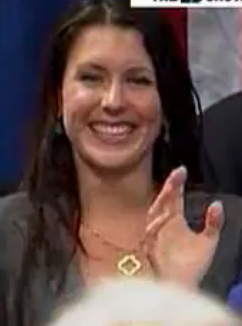 Oh Acadia you are so funny!  That’s not MY hand!  Tee Hee! 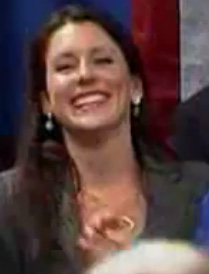 My earrings are dangly! 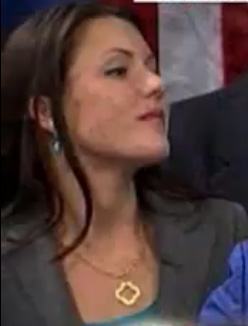 I am totally regal!

So I was really hoping that someone would know who she is.  Or could help me find out.  I tried Googling: “that girl I saw on TV” and it didn’t work.  Maybe I’ll try Bing.  Please help me.  Please?  Someone needs to be in charge of finding out who these people are.  There is a chick on a Lenscrafters commercial that’s hot as fuck but I can’t do anything about that either.  Seriously, help.  You people owe me.

Did I do a bunch of screen caps of some chick in the background of the victory speech of someone from a special election in NY?  Yes.  Yes I did.  Jealous much?