I Have You Figured Out, Chris Brown 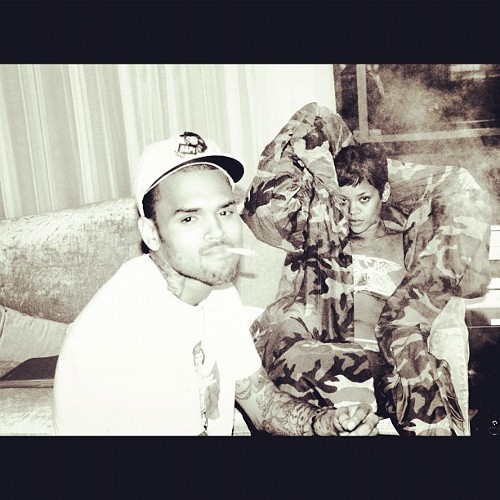 Chris Brown tweeted another picture of himself with Rhianna and they sure do look happy.  I have been studying the banner pic and all the other ones of the two of them together since he pounded her face in.  I was thinking that I might find the words “help me” or “call the police” somewhere on Rhianna’s clothes but no luck so far.  I am beginning to think now that Chris Brown must have some sort of mind control power.  It’s the only thing that makes any sense.

If you were a millionaire singer/beauty queen who could have any dude in the world would you go back to the guy who decided that he wanted to be Apollo Creed and made you be Rocky if he didn’t have mind control powers?  And yet there she is.

And he has eleven million followers on Twitter.  Even after you take out the porn bots and the “social media experts” that is almost a MILLION followers!  And he is controlling their minds, too.  How else to you explain it?  Lucky for me I have never heard one of his songs (which is how I assume he gets you) and can continue my quest to counteract his powers.  Seriously.  The guy does whatever he wants and nobody cares.  I should stop looking for help notes and look at these pictures differently.  Each one is probably a clue as to where he is going to eventually hide her body.