I Liked That? – No Holds Barred 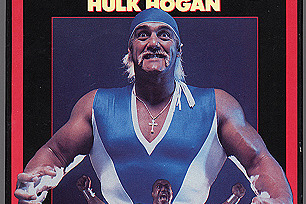 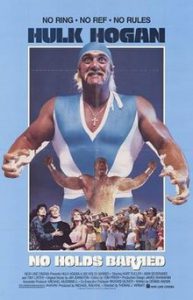 In 1989, I was at the height of my first wave of wrestling fandom. This is back when wrestling was real, and I would passionately argue with anyone who told me it wasn’t. The legend behind No Holds Barred is that Vince McMahon came up with the concept for this movie in response to the success of “Rowdy” Roddy Piper in They Live. Obviously a movie starring Hulk Hogan, arguably the biggest wrestler of all time, would be a must see for any wrestling obsessed kid.

Hulk Hogan stars as Rip, who is basically Hulk Hogan but wearing blue and not yellow. He basically has all the same moves as Hulk Hogan, except his finisher is the double ax handle, which might be the only finisher lamer than Hogan’s actual finisher, the leg drop. Rip is the champion of the WWF. Jesse “the Body” Ventura, Vince McMahon, and Howard Finkel all play themselves, which was great for nostalgia’s sake. There’s an evil network executive (which always means you’re watching a quality film) that wants Rip to join his network. Rip says no, because he’s loyal to his network. The evil account executive starts calling Rip “jock ass,” which maybe was an insult in 1989? He tries having Rip kidnapped, which doesn’t help his cause much. Somehow the evil network executive ends up at some underground fighting bar, which gives him the idea to start his own show called, and I swear I’m not making this up, “The Battle of the Tough Guys.” Think UFC meets ECW. The show is filmed in a biker bar with the grand prize being $100,000 tax free. I’m not sure how taxes work, but I’m pretty sure that’s not a thing. Zeus, a giant man with his head shaved except for a “Z” on each side for Zeus, wins. That’s not enough for the evil network executive, who then wants Rip to fight Zeus. He tries everything. He has Zeus show up in a helicopter to a children’s track and field event that Rip is attending. He has another network executive, played by Joan Severance, seduce Rip only for them to actually fall in love. Finally, Zeus beats up Rip’s brother, putting him in the hospital. Rip then beats up Zeus’s gym and accepts the challenge. Of course, the bad guys kidnap Rip’s girlfriend and he’s ordered to lose the fight. Spoiler alert: He doesn’t, and wins. 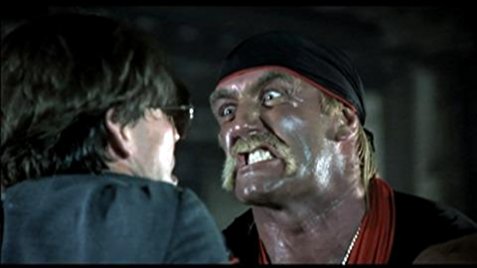 Christ, this movie. It’s terrible in a fun way, but just barely. The jokes are terrible. In one scene, Rip is on a date with his love interest at a fancy restaurant. The waitstaff is mocking him for being so uncouth until the kitchen staff comes out to say hi because he’s such a regular. I guess a regular at a restaurant is only recognized by the people no one ever sees in the kitchen? It goes from scene to scene almost as if they’re sketches. In the final battle between Rip and Zeus, they’re fighting in the audience on an upper level when Rip does his double ax handle to Zeus, knocking him down to the ring below. The ring falls apart and Zeus is lying in it with blood trickling out of his mouth, probably dead. Rip turns to the control booth where the evil network executive is. He’s been having a temper tantrum and destroying equipment, so before Rip can get to him he accidentally electrocutes himself, also possibly dying. This means two human beings are possibly dead, fully to partially due to Rip’s actions. Our hero, the moral man who stays loyal to his network and fans, decides to celebrate in the ring instead of calling for help. And this says everything you need to know about No Holds Barred.

Filed under: Hulk Hogan, i liked that, wrestling