I Love Monti on Masterchef and it isn’t Creepy 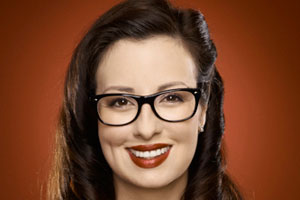 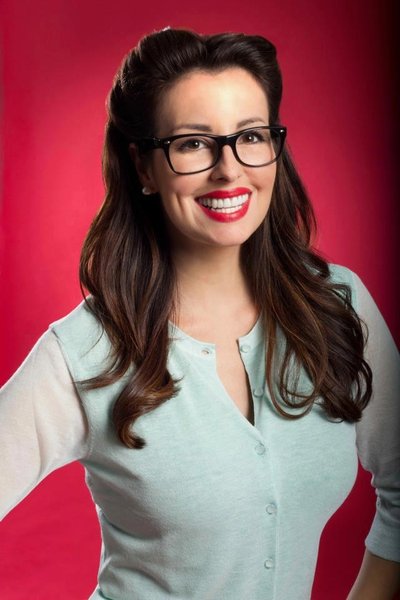 OK so I’m not going to pretend that the show Masterchef makes any sense to me.  So a bunch of home cooks are on a show to compete to become the BEST home cook of…this show.  And they win some loot and they get to have their own cook book and they can tell everyone in their neighborhood that they won a game show.  That said, it is as good as any other game show and this one has MONTI!  See her up there in the pic?  She’s like the perfect mix of sexy 50s housewife and someone who isn’t 80 like an actual 50s housewife would be by now.

Her Twitter seems to have links to all her stuff.  She’s cashing in on the fleeting fame that is a game show on Fox and god bless her.  She says her name is Monti Carlo which I find dubious.  If my last name was Carlo and I had a kid I would have named it Marlo (girl or boy).  But she says its legit and I’m lazy so I’m not going to pursue it.

The other people on the show hate her because.  Well, I’m not sure why.  I guess because they think she memorizes recipes?  Not sure how that’s a bad thing.  As a matter of fact, they never show the contestants when they aren’t doing challenges.  Are they in a hotel? Trailers?  Do they go home?  Maybe we can get Monti (whom I love) to come comment over here and tell us.  I don’t think she is famous enough to stiff us yet.  We’ll see.

And I’m not creepy even though I love her and hate Becky (some jerk contestant) and have been puzzled since she told someone on tonight’s episode to “kiss her Puerto Rican A**”  She doesn’t look Puerto Rican.  I don’t know if she actually is or she doesn’t know what it means or she has some Peurto Rican A** in a bag somewhere that she makes people kiss.  Either way I support her.  And if you don’t you may or may not be racist.  Hating on perhaps Peurto Rican 50s housewives.  Look at yourself.  Do you feel good?  Well you shouldn’t.  And if Monti loses, god help you.