I Think I Hate Anthony Bourdain 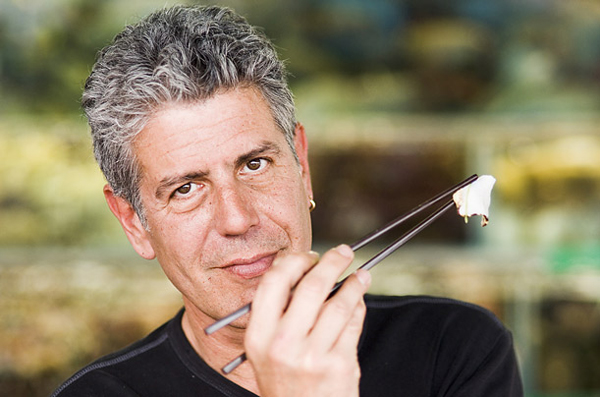 I am lazy and watch shows about people making food that I probably wouldn’t eat if they give it to me for free.  I know that “a little truffle oil goes a long way”.  I pretend that listening to people talk about what they are eating is somehow transferring knowledge into my brain.  But someone telling me about “mouth feel” just makes me giggle and since I don’t know what pine nuts taste like the stuff they say really makes no sense to me.

Maybe I would understand it better if they compared it to things I do like, or at least recognize.  “The Pope’s Big Mac” would let me know that it was really good.  Oh, and if you are a judge and you say (which they all do) “I never thought licorice, ham and shaving cream would work but you pulled it off” then WHY ARE YOU A JUDGE?  Diving judges don’t say: “I didn’t think running off the diving board at top speed and doing a pooping cannonball would work but PERFECT TEN!”

Anyway, apparently Anthony Bourdain is the “bad boy” celebrity chef.  He gets publicity by slamming other celebrity chefs.  He made fun of Paula Deen, he really hates Guy Fieri (a real chef feud!) and made fun of his own network on Twitter.  And I guess if the snarky remarks were coming from someone other than a chef who doesn’t cook anything I would like them better.  From what I can tell he just wanders around eating other people’s food.  Why does that need to be a chef’s job?  Isn’t that what everyone at a restaurant is doing?  I don’t get it.

I guess if I boil it down I think he is a pretentious jerk, which is really unheard of for a chef who went to prep school and works in Manhattan and has his own TV show.  Oh, and when I was looking up things about him apparently someone (probably him) described him as a (and I’m not kidding):

raconteur: a person who excels in telling anecdotes

Yeah.  I hate him.  If that is an actual thing and he called himself that then I need to get the job he has.  I really do have interesting stories.  Did I ever tell you about the serial killer from my high school 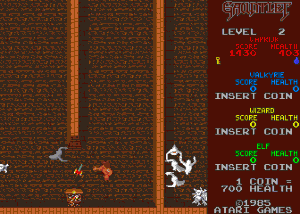 and the weird connections my family had to him?  No?  Well forget it now because I guess I need to save it so I can have my own TV show.

Anthony Bourdain, I hereby challenge you to some kind of contest.  It can’t be cooking.  Maybe it should be “raconteuring”.  We get anecdotes emailed to us and we tell them and people vote on who did it better.  If I win you get off TV and give me the password to your Twitter account.  If you win I will get off TV and you can have MY Twitter account.  Seems fair.

Come at me, bro.  I’m not a fat old lady or a coked-up doofus who realizes how lucky he is or a…television network.  You wanna make fun of someone?  Make fun of me.  *puts cheese on fish*.  Yeah – I know you don’t put cheese on fish.  What are you gonna do about it?