I Would Totally Cheat on this Test 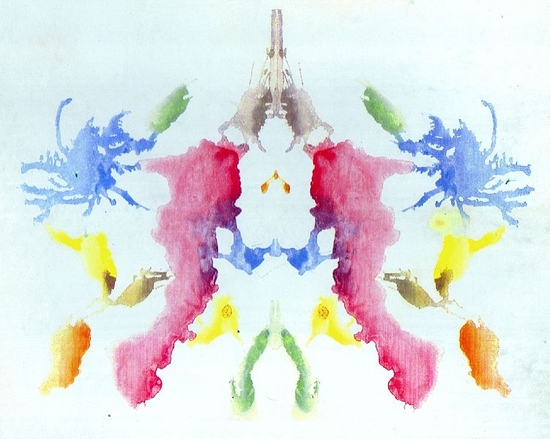 Wikipedia has themselves embroiled in some controversy.

Yet in the last few months, the online encyclopedia Wikipedia has been engulfed in a furious debate involving psychologists who are angry that the 10 original Rorschach plates are reproduced online, along with common responses for each. For them, the Wikipedia page is the equivalent of posting an answer sheet to next year’s SAT.

They are pitted against the overwhelming majority of Wikipedia’s users, who share the site’s “free culture” ethos, which opposes the suppression of information that it is legal to publish.

Uh, you know, there’s only TEN of these things that Wikipedia published so here’s a very, I think, interesting idea:

MAKE SOME NEW ONES.

For those of you who have seen these inkblots in the past and gone, “Shit, that’s a fucking bat. Am I stoned? What is this going to prove about my psyche? That’s a bat, has to be…maybe with a hint of a butterfly, but, no, I’m convinced it’s a bat,” can rest easy knowing in that inkblot was indeed a FUCKING BAT WITH A HINT OF A BUTTERFLY (and a moth, but only the nerds get that).