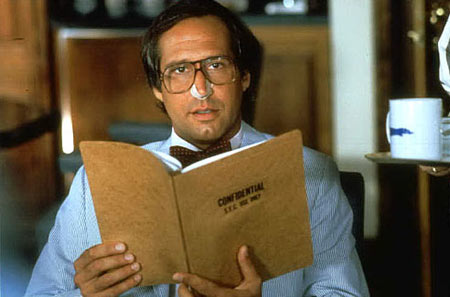 “Community,” a sitcom about community college misfits that brings Chevy Chase of “Saturday Night Live” fame back to TV. The cast includes Joel McHale (“The Soup”), Gillian Jacobs (“The Book of Daniel”) and Yvette Nicole Brown (“Rules of Engagement”).

Don’t know who those other fools are, but, it’s got Chase in it, so I’ll give it a shot. Would a heartless bastard give anything a shot?

Sure, this would have worked better had Chase, you know, died, instead of just getting a TV show and I could have put up the “Chevy Chase is dead, ya’ll!” post and Acadia would be like look at that heartful awesome dude all celebrating the life of a famous dude.