I’m not going to Comic Con so Gal Gadot is, apparently. 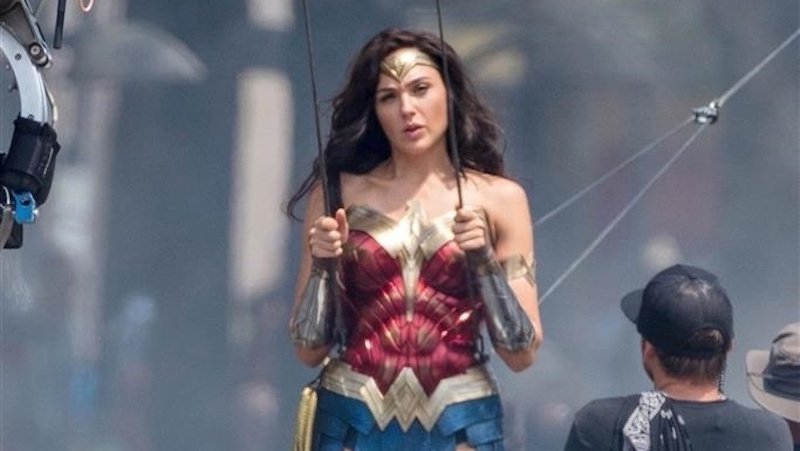 According to Deadline, Gal Gadot might show up at San Diego Comic Con next month with a “look” from Wonder Woman 84, the sequel to the 2017 smash hit Wonder Woman.  The movie has been shooting for approximately a week, so I am not sure how much they would be able to put together, but it won’t be the first time that films have rushed something together to be able to show the fans at Nerd Mecca.

Marvel doesn’t really have anything cooking this year other than Ant-Man and I think it would be nuts to tease Avengers 4 when Avengers 3 is still in theaters.  But who knows, maybe they will dump something out, too.

DC will be dropping the Aquaman trailer which is, for me, the LAST CHANCE for this iteration of the DC Universe.  James Wan is a real director and this take on Aquaman is pretty great.  There are real actors and the movie took its time.  You didn’t hear any strife. There were no leaks.  It was a tight production, by all accounts. So I am hopeful that it will be a good movie.  If it isn’t, they have to make some moves.  I SWEAR I will write the “this is how you fix the DCEU” article soon.

The one thing I do NOT believe will happen is a panel about the new Wonder Woman movie for two reasons.  1:  They cannot step on Aquaman and 2: They don’t want to spend the whole time getting Steve Trevor questions.  I have no idea how they plan to bring him back but I also think there will be dorks with slide rules ready to prove how “IT ISN’T POSSIBLE” while discussing a movie that includes a goddess who has a rope that makes you tell the truth.

Anyway, I went to Comic-Con last year and it was pretty great.  If you are going, tell Gal I said hi.  Also maybe help me figure out how to make the Dark Tower movie as cool as the party we went to at this cool bar one night.  Sigh.

So many regrets.  I wish Gal would sit down with me and let me pour out my concerns.  Speaking of concerns, voice yours in the comments!