I’m not sure I want the Reverand to elaborate…

LOS ANGELES (AP) — The Rev. Al Sharpton has delivered a sermon in Los Angeles where he called for nationwide “love vigils” for Michael Jackson on Tuesday. 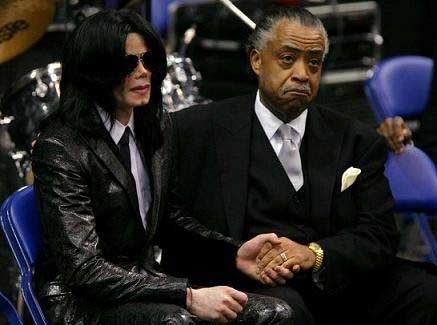 I am sadpants you molested those boys, Michael.

The AP article I am looking at on this is vague on what the love vigils would consist of. Apparently, gathering all over the place (like all over the damn country or world) while MJ has his public memorial service.

On top of the vigils, Al Sharpton would also like for there to be a Michael Jackson stamp.

Usually there is at least five years before the postal service goes to a commemorative stamp, but Sharpton wants no part of that. Child molesters jump straight to the front of the line.