I LAUGH AT YOU DUMMIES FROM PRESIDENT HEAVEN!

The Internet.  That’s why.  Here is the Drudge Report.  Please note how it is telling you all the things the “Lame Stream Media” miss? 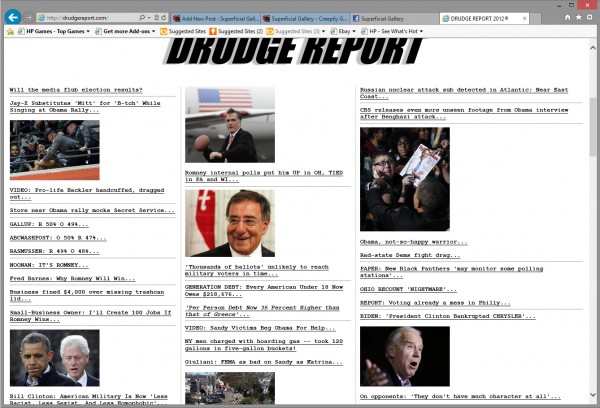 Here is the Huffington Post.  They seem to think something else is important (and none of the things that Drudge said, what?)… 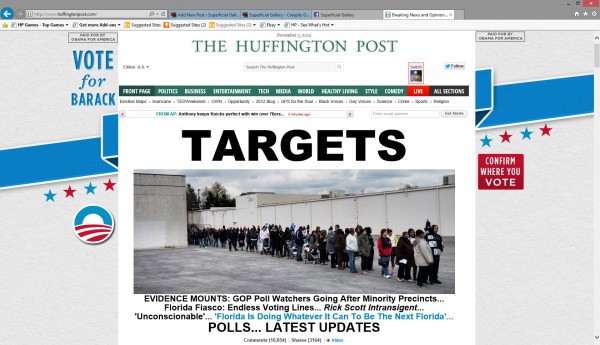 Fox and MSNBC are similar, and that’s the problem.  Before the Internet, it was hard for morons to find each other.  If you were a crazy ideologue you pretty much had to hope you bumped into someone who thought the same as you did or you had to get involved in some crazy ideologue club like the Communists or the Ku Klux Klan.  People were split up.

Now people can find like-minded people easily.  And that is terrible.  Everyone, no matter how nuts they were, all of a sudden had a bunch of other nuts agreeing with them.  And as soon as that happened the entrepreneurs figured out they could make blogs and networks and all sorts of other things that only talked to the people that they knew already agreed with them.

So now, half-wits can just read something from some rag and then repeat it on Facebook and it spreads like wild fire.  It is a lot easier to stick to your guns if you are in a mob.  And that’s why I think the country is split in half.  It’s because we can hear enough people agree with us to make us NOT have to rethink anything.  We don’t have to ponder.  We just have to stand on our side and say Romney is Mr. Burns or Obama is a Spendocrat.