Tattoos can really make a person look intimidating.  Anyone out there remember the pro wrestler Bam Bam Bigelow?  Dude had freaking flames covering his entire head.  While not the best way to ensure employment in any other field than wrestling, it was pretty intimidating.

I suppose it’s moderately true that a few well placed ominous tattoos can be enough to make a would-be assailant think twice about attacking someone.   Problem is, not everyone has the same idea of what’s intimidating.   Take the fellow in today’s pictures, for example.  I’m sure Mr. Cool ICE here thinks he’s quite the badass.  I have to disagree.  Personally, I think he looks like quite the jackass. 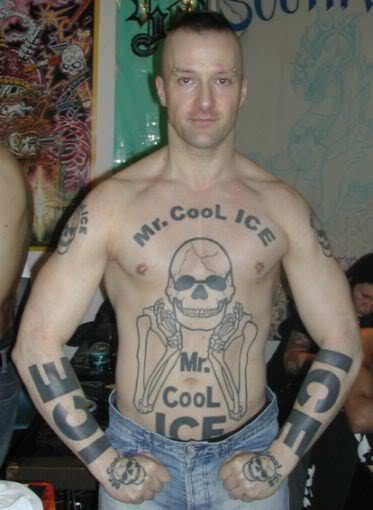 Mr. Cool ICE will mess you up. 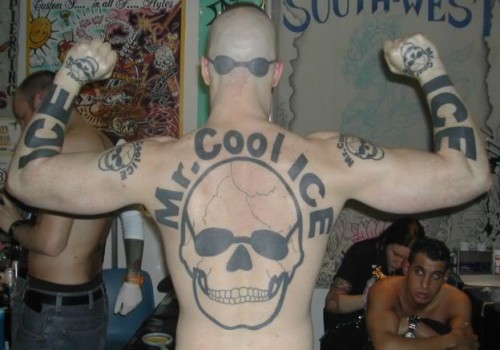