Is that Fehr, or Fear? 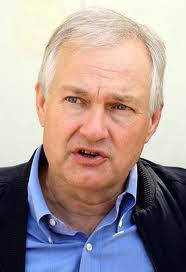 That my sports friends, if you did not know, is Donald Fehr, former head of the MLB Players Union and just newly announced head of the NHL Players Union. You may ask what this means to you. You may have some preconceived notions. The question on my mind is will he be a savior or a destroyer of hockey. Allow me to pontificate a wee bit.

When I was a wee lad and not playing sports, I watched the big four sports as much as I could. I went to games, I bought merchandise, I was a fan. As a fan, the one thing I hate more then anything else is when the players and management fight over money and they stop playing. All the sports have had their share of labor/management problems.

Over the years, I have grow away from baseball. The cancellation of the World Series in 1995 sealed the deal for me. The whole steroid issue doesn’t help. All of this happened on Fehr’s watch as head of the MLBPA. This is one of my concerns with naming him as head of the NHLPA.

To be fair, the NFL and the NBA have had problems as well. I do not watch those sports any longer either, not so much for the fight over money as the general crappy behavior of all involved in the sport. The greed, the lack of leadership and morals and what not is disheartening to a fan like me.

The NHL has done a good job staying the course in general. The shortened season of 1994-1995 rankles, but not so much as the lost season a few years ago. I do not want that ever to happen again. The NHL has a great product and it has problems. The league has good ownership and I believe with the hiring of Fehr, the players will have a better union. The question remains, will he help lead the players and the league to a better work agreement and a stronger league?

What fans want is a stronger league with good revenue for players and owners without the fans trying to foot a bill that we can no longer afford. I want them to get along, take care of the game and get everyone involved a fair payday. Can Donald Fehr do it? I don’t know, I hope so. As a lifelong fan, I surely hope so. If they all work together, we can all enjoy the coolest sport on earth.

If we are lucky, they will introduce a few more refinements. I would vote for more Ice Girls!