Is This Worth Seeing? Looper 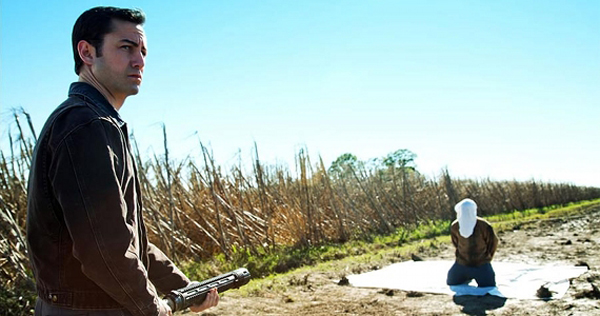 Rather than spend a bunch of time watching a movie and then reviewing it, I thought I would see what is out on DVD and find out from you whether or not it is something I should rent.  I have a lot of things vying for my time: video games I stink at, these terrible posts, that show about people with metal detectors.  Seriously, that is a show.  I guess the only thing left to make a show out of is the quirky past time: “Lookin’ for Stuff in a Parking Lot“.  That’s good TV.

But this is about movies.  Namely, the one with Bruce Willis and Joseph Gordon Leavitt (who seems to be bucking for the Samuel L. Jackson “I’m in every movie ever” award) about time travel.  Now I usually prefer my time travel movies to have Mary Steenburgen in them but this seems compelling:

In the futuristic action thriller Looper, time travel will be invented – but it will be illegal and only available on the black market. When the mob wants to get rid of someone, they will send their target 30 years into the past, where a “Looper” – a hired gun, like Joe (Joseph Gordon-Levitt) – is waiting to mop up. At the top of his game, Joe is getting rich and life is good… until the day the mob decides to “close his loop,” sending back Joe’s future-self (Bruce Willis) for assassination.

So it will either be really good or really crappy.  I haven’t seen a Bruce Willis movie since Sixth Sense I think.  Why see new ones when I can just watch Die Hard and The Fifth Element over and over?  But I can’t keep limiting myself like this.  I need variety.  Help me out.  Should I rent it? I can’t take another episode of those two dummies looking for dimes in a field.