Jared Loughner shoots Gabrielle Giffords and a bunch of other people. What? 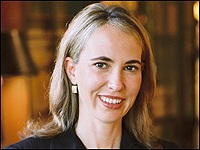 So we don’t pretend to be a news site here.  We barely pretend to be anything.  But I’ve been watching the cable news all day (Fox News Channel as I prefer Shepherd Smith to that weird blond on MSNBC) and listening as details drip out.  Congresswoman Gabrielle Giffords, a little kid, a federal judge and a lot of other people were shot today by a 22 year old guy apparently named Jared Loughner.

Just look on your news source of choice for more info (or here) and realize that I would not be saying anything about it at all except  the whole thing has me all sorts of twisted.  And I don’t really have anyone to be mad at except this guy named Jared Loughner.  And I’m sure it is going to be revealed that he was some misdiagnosed sick person or diagnosed and off his meds or a “we didn’t see the signs” person.  And someone will probably try to name a law after someone who died  today so that something like this “can never happen again”.

And in a lot of these cases you see crazy videos (here’s the guy’s youtube channel to see some) and some other things that show people “how come we didnt see this coming?”

Well, I did some searching.  And I found the link below.  And I have been staring at the picture and the caption and wondering if maybe there are two Jared Loughners in Tuscon, Arizona.  And if there are not, then how the fuck did the guy get from that pic to shooting people in the fucking head.