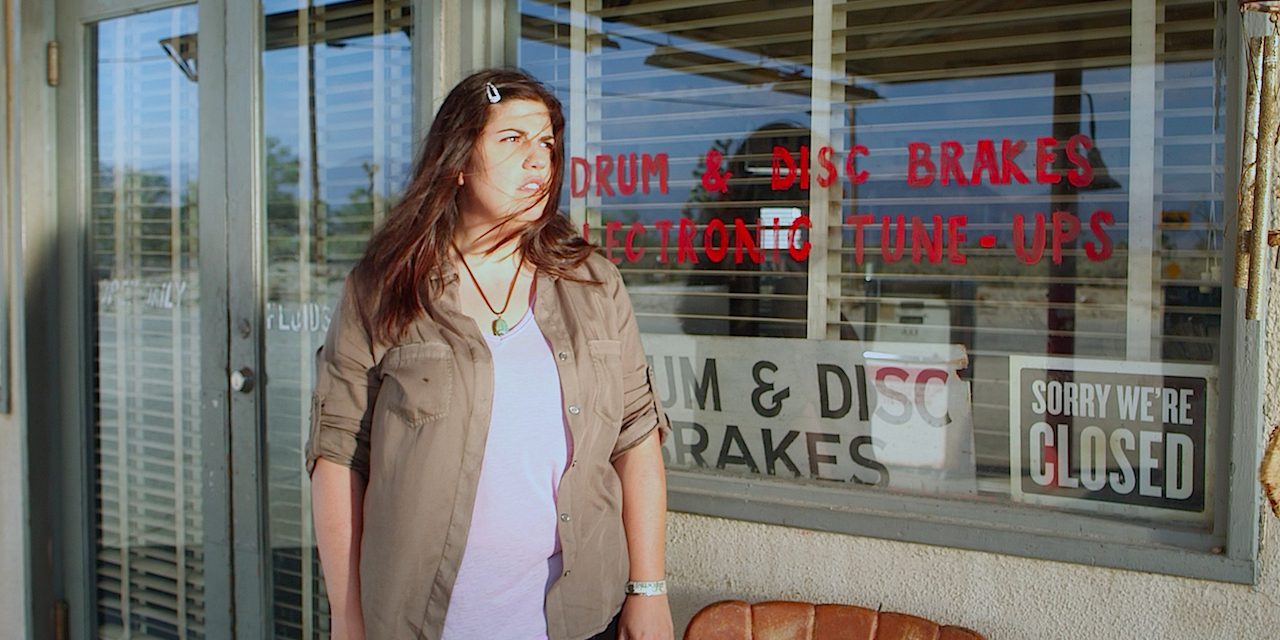 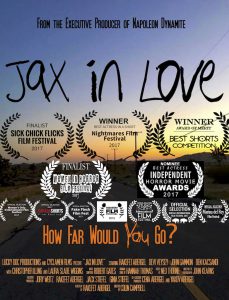 Jax in Love is, quite honestly, the most heartwarming story of horror that you’re likely to view, for some time. Rakefet Abergel, who does double duty as the lead actress and writer, takes us on a short piece of Jax’s journey and gives us a look into her horrifying, but ultimately sweet, delusions and destruction. This film comes to us from the Academy Award Nominee Colin Campbell and producer Jory Weitz, the executive producer of Napoleon Dynamite.

Now, I’m sure that most of us have suffered a broken heart at some point. Whether it be from the loss of a pet, a friend dying, a relationship ending, or any of the many reasons that a person can go through that kind of pain, we’ve all been there and can relate to that feeling. At its heart, that’s what Jax In Love is, the story of a young woman with a broken heart. Jax in Love, despite being a wildly award-winning short HORROR film, is a love story. It just happens to be a love story told from the view of a very damaged person with a knife that will certainly help you, help her fill that hole in her life, even just for a minute. This is, absolutely and without a doubt, the story of a young woman that’s had her heart broken and is trying to fill the void that creates. That’s about the most relatable story you could possibly look for. So, I will happily admit, I entirely relate to Jax. Completely and entirely. This probably has something to do with Rakefet’s portrayal, which brings a serial killer to life with more sweetness and earnestness than I’ve seen since Anthony Perkins, that brings Jax to life in a way that makes you want to hug her not hide from her.

I know this is everyone’s favorite section of my reviews, the technical comments! Colin Campbell’s direction is fantastic. His attention to detail and pacing make for a short film with an abundance of depth and story to tell. The coloring is beautiful throughout. I was particularly impressed by the sets. A film’s sets can be their own characters and Jax in Love uses them to perfection. The sound comes through beautifully and contrasts the sense of joy and dread that Jax is constantly feeling. This is a film that uses its technical strengths to feed its story and it shows.

It is rare for me to find a character that I find myself both liking and relating too, as far as horror movies are concerned. They are far too often portrayed as intentionally unlikeable. Jax in Love presented a character that I really just wanted to hug, even when she was stabbing someone. Seriously, take the time to catch this short if it is available at a film festival or convention, near you. I hope you’ll be pleasantly surprised by how much you’re grinning when it’s through.