Jordan would give them tacos AND a Championship… 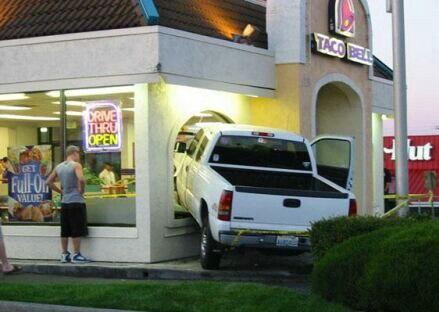 Possibly a vehicle driven by King James...in middle school, no way he has wheels this inexpensive nowadays.

The Cleveland Cavaliers are running some kind of promotion where if the team scores 100 points in a game, fans get free Chalupas at Taco Bell. Sometimes, the Cavs have decided to be assholes and not run up the score on their opponent in order to get the fans their tacos. The fans have, rightfully, boo’ed the shit out of their team on these occasions. Lebron is a little irked by this, I guess.

“We want to bring y’all championships, not tacos,” James joked when he took the mic at midcourt just before Wednesday’s final game of the regular season.

James was referring to when fans have booed the team, including him, at the end of games when instead of going for 100 points they’ve held onto the ball to let the clock run out. Fans get free chalupas when the Cavs score at least 100.

Yes, but it could be an 80 point win with free chalupas.

If Lebron wants to be the greatest and to win all these championships and what not, he needs to establish a bit more of a killer instinct. What would Jordan have done in this instance? Shot a dagger at the buzzer, got the fans their meal and stuck his tongue out doing so. Then, if called on running up the score on the opponent, he would have shrugged his shoulders and proceeded to not give a fuck.

That’s how Champions do it, Lebron. They get it ALL and they make no excuses until they have it all.