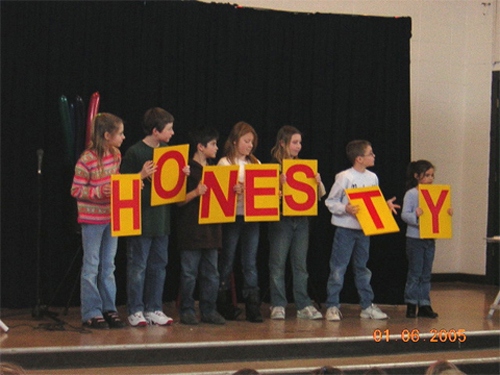 You don’t usually hear a lot about honest golfers.  Not sure why that is.  Maybe because golfers are notorious liars and murderers or because nobody gives a shit about any golfer except Tiger Woods.  But we are here to give you things you won’t get on any other website except the one we found the story on.  It’s about some golfer named J.P. Hayes who screwed himself out of a spot on the tour for next year.

Some Guy on Yahoo Says:

He played a nonconforming ball for a single hole of the second stage of Q School last weekend. He realized it more than a day after the “violation,” called it on himself, and thus disqualified himself from Q School … with some severe, career-altering effects down the line.

So, he did something wrong and owned up to it and apparently if he had not opened his big yap he never would have gotten caught.  Now, I don’t know what nonconforming balls are (except when I wear my skin tight superhero suit ZING!) but unless it had a rocket or a homing beacon thingy on it, golf should fucking relax.

If they want anyone to watch the sport, they need to amp it up.  Let them cheat.  And sometimes when they chip onto the green, drop like 100 balls out of a bucket from a tree so they have to figure out which one is theirs.  And also let them have naked lady caddies.  And when the golf guy asks her what club to use she would say, “The one in your pants.”  That would NEVER get old.

But I need to get back to the doofus who owned up to something that he never would have gotten caught doing.  I figure that since nobody ever heard of him, he decided to pretend he cheated by mistake so everyone would talk about him.  Like me.  Crap, I played right into his dirty lying golf hands.  You’ve won this round, J.P. Hayes.  But just wait til I get to number one in Google for your name and start smearing your lying actually conformist balls.  You have made a dangerous enemy today.