The Just Released Dark Tower Poster & What I Think it Means 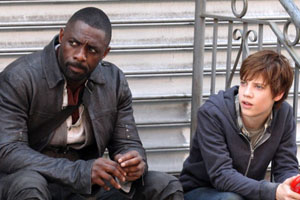 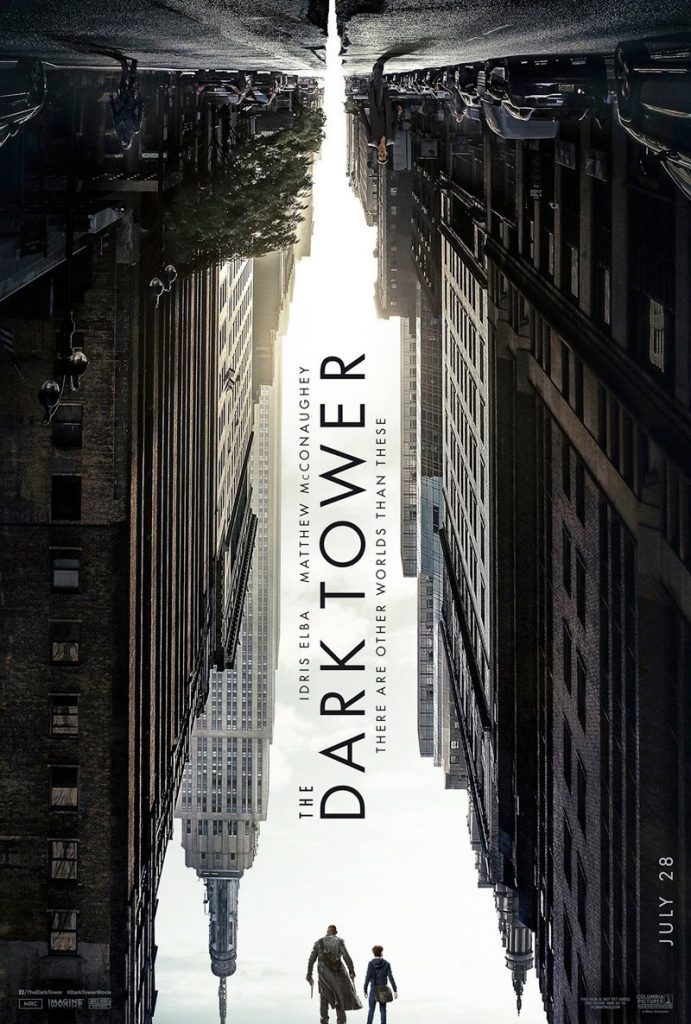 What a surprise today when I saw someone retweet Idris Elba sharing the first teaser poster from The Dark Tower, starring Elba and based on the Stephen king , , canon of stories from basically the beginning of his career until now.  The poster tells me a lot, but if you are not familiar with the story of Roland and the Tower, then just skip this and wait until I write a real preview for the movie.  But if you are as excited as I am about this movie, let’s dig in to what the poster tells us and doesn’t tell us.  Spoilers ahead for people who have not been following all the DT News.

I have heard at least one place say that the city could be Lud as opposed to New York.  I disagree strongly with that.  I think it is New York because I think the majority of this movie is going to be set in New York for a few reasons.

Obviously the first book in the series, The Gunslinger, would not be tough to film:  a desert, a western town, more desert.  Maybe the big station under the mountain would be tough but maybe not.  But since they are throwing the whole story line out in favor of this (taken from the great EW article from last Summer)…

As Roland chases Walter and Walter chases Jake – the boy is pursuing the Gunslinger.

It’s a circle that’s drawing closing in on itself.

…one can guess that there is going to be some desert (they probably didn’t film in South Africa so they could have sharks in the movie) but the majority is in NYC.  And while I am not even going to try to guess the story, I can make some assumptions as to why they didn’t follow the books.

You can’t introduce a character into a book (Jake) then have the hero of the story (Roland) let him die on the way to catch the Man in Black and have anyone like Roland or ever want to see another movie of his again.  That isn’t how you build franchises!  And, when you think about the original Gunslinger there was no Crimson King or 19 or anything else in it because King hadn’t invented it yet.  So essentially you would have a character who is not very likable at all.

How you gonna introduce everything from Gilead, Hax the cook, Cort, the trial, Marten (who is Walter who is the Man in Black) with Roland’s mom without people just thinking you are nuts?

If Jake is indeed a Breaker in this version then it makes sense that Walter wants him and we know that Roland wants Walter.  So let’s have the worlds merge through Jake.  Not through his death (come on!) but with Roland saving him from The Man in Black maybe, early on.  That way we get Roland not understanding our world (tooter fish) and Jake explaining it, as well as an introduction to Mid-World and the Tower as Walter explains what a Breaker is to Roland and Roland explains what the Tower is to Jake.

Yeah – I can see this working.  There is just one thing.  Who the heck is the guy on the other side of the street from the Man in Black in the poster? 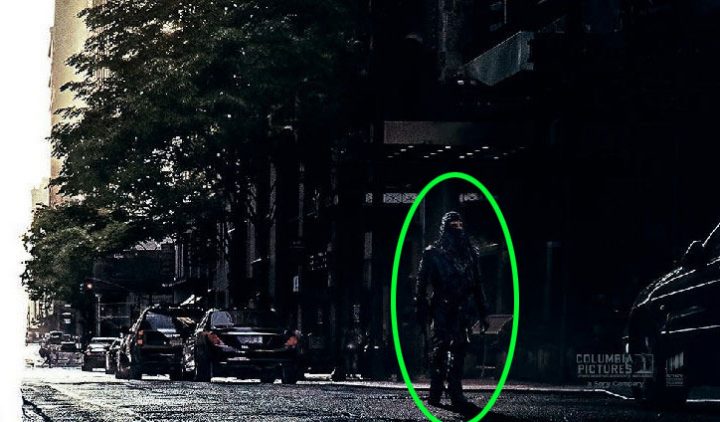 I got nothing.  And yes, I know it is a problem that there has not even been a teaser trailer.  But seriously, look at how good the tower looks in the poster.  They get it.  You know?