Justice league Dark and why it Matters to DC 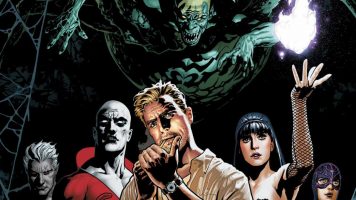 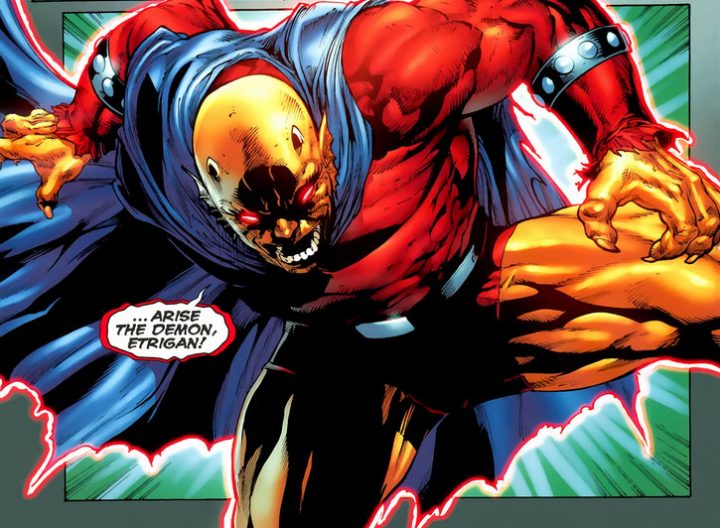 So it looks like Justice League Dark is one step closer to being real since they announced that Doug Liman, director of The Bourne Identity among other movies I don’t know anything about and producer on a bunch of the subsequent Bourne movies, is ditching the Marvel Gambit property (sorry, C-Tates!) and directing the on again – off again DC movie.

For years, chubby spookster Guillermo Del Toro had been shepherding the movie along, and supposedly there is a script that Del Toro had that Warner Brothers liked, but the shooting would have conflicted with Pacific Rim II – Rim Deeper so they scrapped it.  That makes no sense because there is no way they would have jammed another movie into the schedule in 2017, especially one that needs a lot of explaining, like Suicide Squad did.  So assume there is no script and that everyone is made of lies.  Let’s just focus on why this matter so much for the DCEU.

What are we?  Some sort of…dark Justice League?

The concept of Justice League Dark was part of the new 52 comics that started a few years ago.  The group, so far being listed as: Etrigan, John Constantine, Swamp Thing, Zatanna, and Deadman, is the DC version of who you gonna call when Enchantress and her big dumb brother open a magic hole in the sky.  Or at least, it is who they SHOULD have called.  They are in the magical / horror / spoopy section of the DCEU and they, to me, add a layer of awesome to the whole thing, just like I hope Dr. Strange does for Marvel.

Watch me pull a rabbit out of my hat! 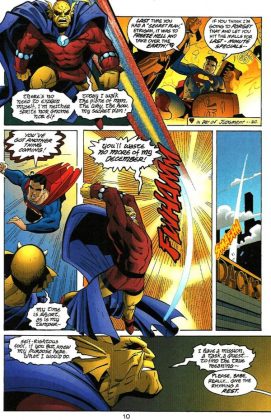 What good is being able to cast some spells when Superman is around?  Well, because Superman, Batman, Flash and most of the DC roster has zero defense against magic.  Superman might be impervious to everything physical, but Ron Weasley would kill him in a fight assuming Ron has a ton of time to get ready.

Magic > Metahumanness.  That’s a good balance because in all other ways the traditional super heroes would kill them.  Like the old joke about why didn’t Voldemort just shoot baby Harry Potter, John Constantine can still get thrown into the sun by Superman.  His only hope is magical barriers and whatnot.

So when something magical happens, Batman can’t do anything about it.  You need specialists.  And JLD (I am not typing out the whole name anymore) provides that logical response to those kinds of threats in a world where the super heroes are acknowledging they need to be organized. 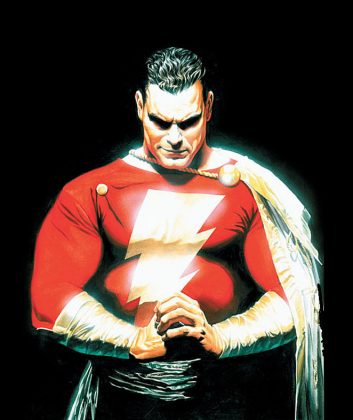 I care because it feels to me like one of my favorite DC characters, Shazam (seriously can we call him Captain Marvel or no?) is magic based.  He is a kid with the powers of a bunch of gods stuffed into him and is, for the most part, Superman’s equal.  If Batman was gonna be worried about someone, he should have been worried about Shazam, because with him you get someone as dangerous as Supes with the brain of a dumb kid.  A kid who will eventually hit puberty and become a moron!

As you may know, lots of people are saying that the Shazam movie is a go, with The Rock as the villain, Black Adam.  Feels like the JLD could be introduced in that movie and then let Shazam straddle both teams.  I love Shazam.  I even watched the dumb live action show from the 70s where they drove around in a Winnebago.  Good times.

BUT THAT’S NOT HOW IT WAS IN THE COMICS!

Who cares?  I don’t complain when they make Sherlock Holmes stuff that has nothing to do with the original books.  Or James Bond.  Or basically any fictional character.  So if they take these characters and put them in a world and try to make the world work, it will succeed or fail based on what they do, not on how near or far they stray from a comic story line you liked.  Shut up.

I hope this is real.

Yeah – I hope this happens.  Because to me, the beauty of the DCEU is how many characters they have.  And using them in a smart way can appeal to different people (maybe) and enrich the whole experience.  I hope Doctor Strange kicks butt (though I hate the Inception building-foldy thing) because I want the Marvel Universe to get more complex, too.  Go magic!