Katelyn Nacon wants to be Batgirl. Fine with Me. 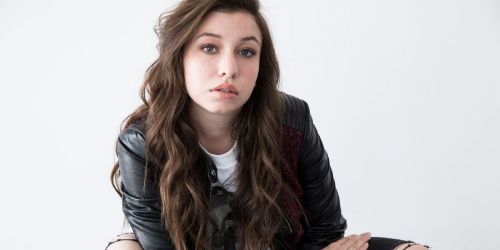 And since talking about the real news is too depressing, let’s discuss the pros and cons of the Walking Dead actress becoming Barbra Gordon.

Pro:  She is nice.  I have seen her at some cons.  I have not gone to her table to get a picture because she is like, 18 years old and me paying for a picture of her seems weird.  But again, seems wicked nice.

Con:  The last Catwoman was Anne Hathaway and the one before that was Michelle Pfeiffer so I think they are probably going to be looking for A-Listers for their female characters.  Then again, Alicia Silverstone WAS the only Batgirl so maybe I am just being sidetracked by Selina?

Pro:  Warner Brothers and DC are in such a bad place right now that putting in some lesser known people might not be a bad idea.  It worked for Elizabeth Olson!

Con:  By the time they make a movie with Batgirl in it, Katelyn will be too old to play her.  I don’t believe anything they say they have on their schedule.

And I guess that is the main thing with all of this.  Whatever decisions are being made about the DC universe are so weird and rumor filled that the only thing I can write about IS A TWEET THAT WAS UST ANSWERING A QUESTION THAT A FAN ASKED!

FFS what has my life become?  What did you do to me, BvS?

PS Pro:  Katelyn Nacon is so sweet she answers fans who tweet at her.

Next time on “Whatever, Marvel” (which is what I guess writing about DC movies is really all about) I will discuss my idea to fix the DC Universe!