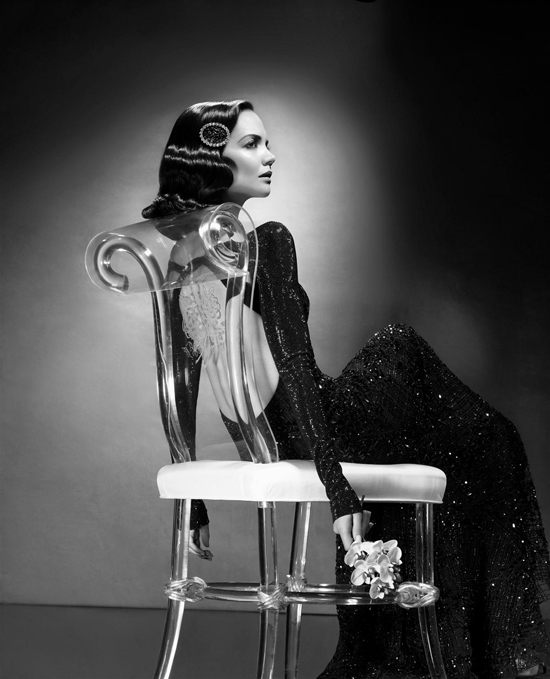 Do you remember when Lindsay Lohan’s coked-up brain thought it would be a good idea to take her shirt off and recreate some Marilyn Monroe poses?  You can see them here, provided you have a strong stomach and are not prone to fits of rage over sacrilegious acts and the like.  Her pictures caused a bit of a stir at the time, I think, because they were so awful and clearly attention-seeking.  Anyway,  it looks like Katie Holmes is trying the same thing but she chose Rita Hayworth.  There is much less nudity (which, I realize, decreases their value to the multitudes who are only interested if there are bare tits involved) but she came much closer to the mark.  Katie’s photoshoot strikes me as more of an homage than a plundering.  I’ve included the Katie pix with the Rita pix after the jump so you can see them side by side and cast an informed vote.  You can see the full size Katie Holmes pictures in her album.