Killer Camp or Why is Everything 80s Now? 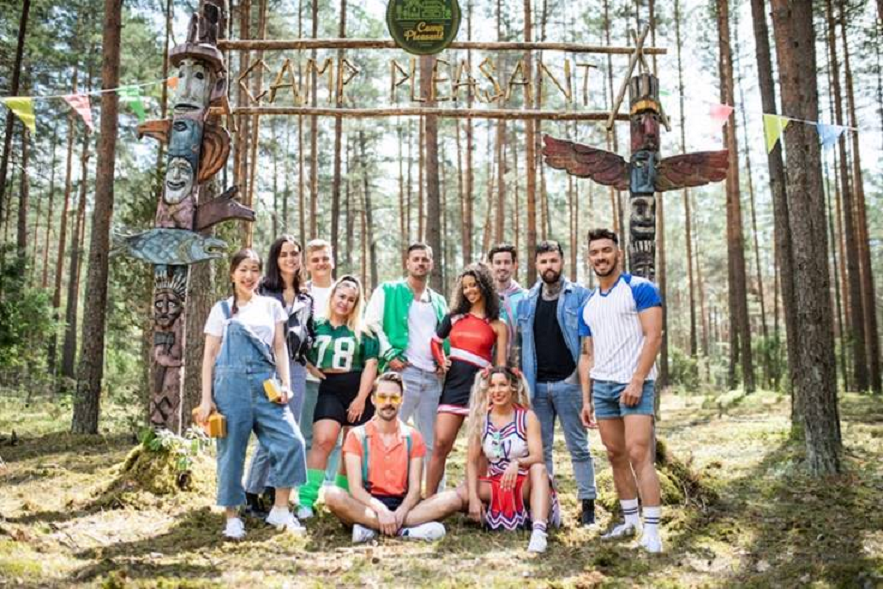 So since we watch Stargirl (whatever, don’t judge me) we saw a lot of commercials for Killer Camp on the CW and it reminded me of way back when they just invented every kind of reality game show they could just to see what would work. Well I guess they still do that but you know what I mean. Remember the early 2000’s?  They had a show called Joe Blow where only one guy was a contestant and the rest of the whole show was actors.  I mean they tried EVERYTHING!

So in Killer Camp they said they took a bunch of young sexy Brits and told them they were going to be on a summer camp game show but in reality they were going to DIE!  The game has incredibly small stakes (I think the whole game is worth less than $50k in prizes) and they churn through people like butter so I guess I should explain how it works.

So the “killer” who is shown, is a knock off of Jason Voorhees and is billed as the camp handyman.  The games they play are typical game show nonsense.  One guy has a ‘romance’ with a gal on the show even though they have only been there for two days. And the strategy is sort of nil because they aren’t telling us who the killer is.  If they were then we could see some mind games but as of now we are still in the dark.

The whole thing is 80s themed and i am really weirded out by how many things are 80s themed lately, particularly horror. I get that the slasher genre is fun and there is really no other way to do a camp game (I don’t think summer camp of Lovecraft would be that great) but honestly I lived through the 80s and I am not too excited about doing it again.  I also don’t get why the show was filmed in Lithuania. It was done for British TV and aired last fall so it makes sense that the contestants (not the host) are British. But the prizes are in dollars so doesn’t that confuse Brits? I would not want to win Euros in a game show, though going to Lithuania might be nice.

I guess this was a long way for me to have to go to bitch about the 80s nostalgia thing being run into the ground but whatever it is still horror of a type. And the first two people sent out (when one was definitely going to die) were the only two people of color in the whole camp so were they just furthering the tropes or are Brits as racist as we are? I dunno. But I know I will watch the whole thing because there is shit-else on and I want to see how it plays out when there are fewer people. Maybe I will even keep you updated.  Anyone else watching it?  If you want to get caught up, the first two episodes (which is all they have had so far) or on on-demand. So get your cheesy game show killer on and pull your socks way the hell up!  It’s Killer Camp!