Kudos to Google for Firing that Tech Bro 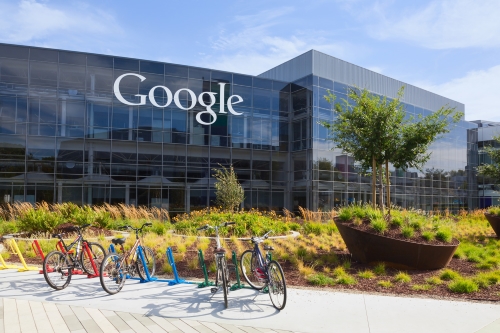 Guys I’m telling you right here and now that I’m declaring David Brooks as my personal enemy. You know, the “my friend who only has a high school degree doesn’t understand sandwiches” guy? Yeah, I heard your eyes roll. Mine too, fam. Mine too.

Anyway, he wrote an article about how Google’s C.E.O. should step down for firing James Damore, the techbro a**hat who wrote this 10 page memo that I’m sure you’ve all heard about (here it is in its entirety). There are already enough things written about how awful Damore is so I’m going to address Brooks’s article specifically because, as you just saw, he is my enemy. Here we go.

Damore was tapping into the long and contentious debate about genes and behavior. On one side are those who believe that humans come out as blank slates and are formed by social structures. On the other are the evolutionary psychologists who argue that genes interact with environment and play a large role in shaping who we are. In general the evolutionary psychologists have been winning this debate.

He goes on to say that basically, “scientists” agree with Damore (see links above where you can find that in fact, not all scientists agree with Damore at all), and he therefore concludes that Damore’s statements are all fact, accepts that hypothesis and moves on.

What we have is a legitimate tension. Damore is describing a truth on one level; his sensible critics are describing a different truth, one that exists on another level. He is championing scientific research; they are championing gender equality. It takes a little subtlety to harmonize these strands, but it’s doable.

Of course subtlety is in hibernation in modern America. The third player in the drama is Google’s diversity officer, Danielle Brown. She didn’t wrestle with any of the evidence behind Damore’s memo. She just wrote his views “advanced incorrect assumptions about gender.” This is ideology obliterating reason.

Hooooooooooooooooo boy. First of all, you just set up scientific research as being at idealogical odds with gender equality, so that’s not a great thing to do, and neither is it accurate. I know an awful lot of women who are very smart scientists and engineers who would have a lot of things to tell you, David, about how “doing science” is not diametrically opposed to gender equality. I mean the more times I read that sentence the angrier I get.

As for subtlety, let me tell you something, Dave: there is no room for “subtlety” when negotiating equality. My right, as a woman, to be treated fairly, paid equally, and respected at the same level as a man is not a hand-wavy-maybe-we-can-do-that thing, it is a fact that it is something I deserve and that I am entitled to.

Listen, I’m not a psychologist or an expert, but your idea here that the diversity officer, whose job is very clearly right there in her title, would spend time “wrestling with” the (questionable) “scientific evidence” behind Damore’s memo is completely ludicrous. That’s not her job and it’s not her concern. I’ll tell you right now, in the next half hour I could pen a 10 page memo titled “Men are Trash” and back it up with lots of real life examples and science about why many men often engage in crappy behavior. I would certainly expect to be fired if I circulated that throughout my company. Her job is to ensure that the workplace is not a hostile one and that people of diverse genders, races, religions, and sexuality feel welcome and valued at their company. Guess what? They already didn’t and that memo didn’t help.

Which brings us to Pichai, the supposed grown-up in the room. He could have wrestled with the tension between population-level research and individual experience. He could have stood up for the free flow of information. Instead he joined the mob. He fired Damore and wrote, “To suggest a group of our colleagues have traits that make them less biologically suited to that work is offensive and not O.K.”

That is a blatantly dishonest characterization of the memo.

No David, it’s basically a quote from the memo. Let me help you. I know it’s long so maybe you got confused. Here are a bunch of quotes from the memo:

Women, on average, have more: Openness directed towards feelings and aesthetics rather than ideas. … Women generally also have a stronger interest in people rather than things, relative to men. … These two differences in part explain why women relatively prefer jobs in social or artistic areas. …

… Status is the primary metric that men are judged on[4], pushing many men into these higher paying, less satisfying jobs for the status that they entail. Note, the same forces that lead men into high pay/high stress jobs in tech and leadership cause men to take undesirable and dangerous jobs like coal mining, garbage collection, and firefighting, and suffer 93% of work-related deaths.

I mean, I can’t even bring myself to find more. The guy literally says women have more feelings and guys care more about status and that’s why tech is like it is and should stay that way.

Let me ask you a question, David, since you’re a professional writer – why am I so much better at this than you? Why are you incapable of drawing simple conclusions from straightforward statements? Why do you think that you are a candidate for deciding who should be the C.E.O. of Google based on one event? Most importantly, did everybody here forget that there is already plenty of evidence of exclusionary hiring practices in tech, well documented and described time and time again?

Why is Silicon Valley so Awful to Women?

60% of Women in Silicon Valley Have Been Sexually Harassed

In the Age of Silicon Valley Sexism, Where is HR?

If you’re going to come at us with a “there are fewer women in tech because they are biologically unsuited for it” argument, please don’t make it so goddamned easy to refute it. In other words, try harder.