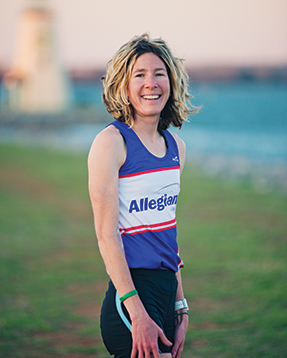 I was all set to tell you about the American woman who won the New York marathon. While this wasn’t a record of any sort it was impressive in that it was the first American woman to win the race in in over 40 years. Those Kenyan women are ridiculously dominating, having won the previous four years. One woman in particular, Mary Keitany, won the previous three years. 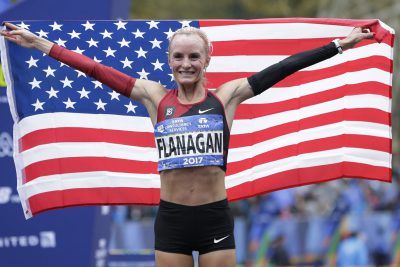 However this year, Shalane Flanagan became just the fifth American woman to win, and the first since 1977. Her time of 2:26:53 is pretty darn fast. Imagine running a mile in five minutes and 36 seconds. Then imagine doing that 26 times. You can’t do it. It’s fast.

But then again, we’re not talking about her this week. I’ll even give you a slightly easier goal. Imagine running a mile in seven minutes and 37 seconds. Probably a doable feat for some of you. Now imagine doing 100 of those, without stopping. In doing so you would have run 100 miles in a time of 12 hours 42 minutes and 39 seconds. That’s fast. How fast? Nobody, male or female, has run a faster 100 mile race in 2017.

What makes this even more impressive is that this is the first 100 mile race that Camille Herron has ever completed. She’s not entirely new to running though. She is a three time champion of the Oklahoma City marathon. But let’s put some further perspective on just how fast her time is. She beat the previous women’s record by over an hour. When Gina Slaby completed her time of 13 hours 45 minutes and 49 seconds, Herron would have crossed the finish line while Slaby was only on mile 92. If the difference of eight miles was a vertical distance, then Slaby would be near the lower edge of earth’s atmosphere, while Herron would be standing on the ground.

I don’t mind going for a 100 mile drive. I’ve driven across the country a few times. I might consider doing a 100 mile bike ride sometime, but that would take a bit of practice and hard work. I’ve even run a few marathons, if we’re going to brag. But doing a 100 mile run, in less than 13 hours. I’m impressed. You should be too.