Lebron better work on his jumper 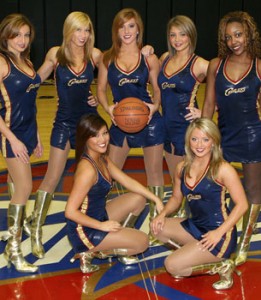 Cleveland traded all these ladies to Phoenix.

The Cleveland Cavaliers have traded for Shaquille O’Neal.

This, for all intents and purposes, ends Lebron’s time in Cleveland.

The reason I say that is because this move probably makes them worse, not better. It was a panic move. They lost, they needed to do something. So, my guess is that they take this move and go to Lebron in the offseason and try to get him to sign an extension. Shaq still has tons of credibility with players. He won’t, but, I’m less sure about that.

They needed a big man that could play defense. Not a big man that will clog the lane. A lane Lebron uses as the biggest part of his game. Basketball wise, this should not help them win games.

Now, if they paint this to Lebron as “we’ve got Shaq for a year, but if you re-sign now, we’re going to make a run at Chris Bosh after next season” then maybe it works out.