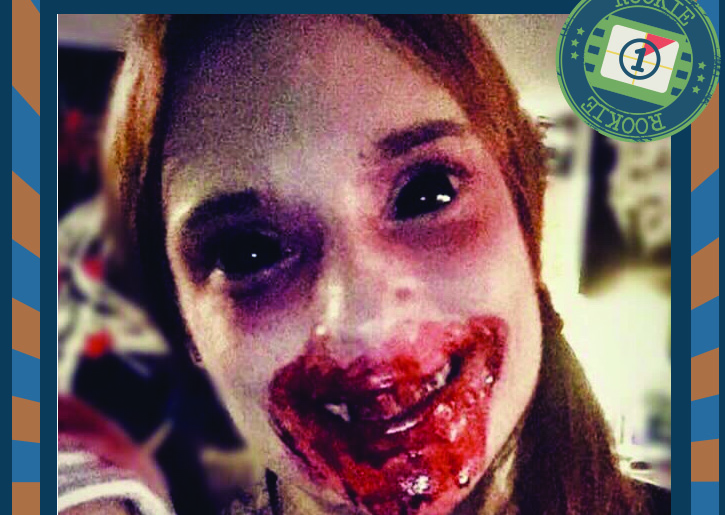 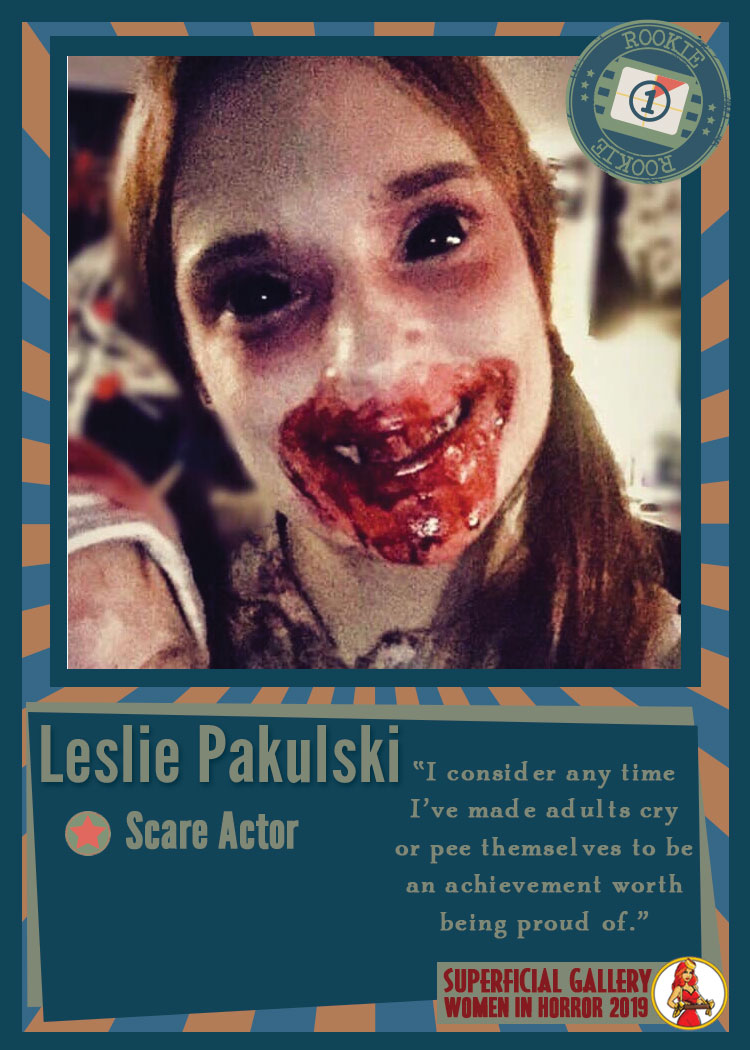 Leslie is a scare actor and is a rookie this year!

I consider any time I’ve made adults cry or pee themselves to be an achievement worth being proud of. A particular favorite moment was making a customer so scared that they broke the fence on the edge of the pathway in his frantic haste to get away.

It’s a tie between “The Shining” (it was my first horror movie, so it holds a special place for me) and “The Woman” (2011). The woman is a favorite because it shows the audience that the scary looking monster isn’t always the one that you need to be afraid of. The seemingly well kempt family man is so much more dangerous than the feral woman locked in the barn. The acting, the music, everything about it is quietly unsettling, until the last act when all hell breaks loose!

Stephen King. I wish I could have such a delightfully twisted, yet somehow organized mind.

Don’t be afraid to make mistakes. Don’t be upset if someone jeers in your face and says you aren’t scary. Find your character and inhabit it. The patrons are more scared than you are, let’s keep it that way!

Don’t stop. Whether it’s one night at a little hole in the wall haunt, or a full season at a reputable place. Find any off season gigs that you can (many places have Christmas or Valentines events.) Build your reputation by showing up confident in yourself and your character.

I can’t post a video of my main character here! But I plan on starting her off for the year with a photo shoot. She’ll be in a cemetery surrounded by skeletonized dolls.