I Liked That? – School Ties 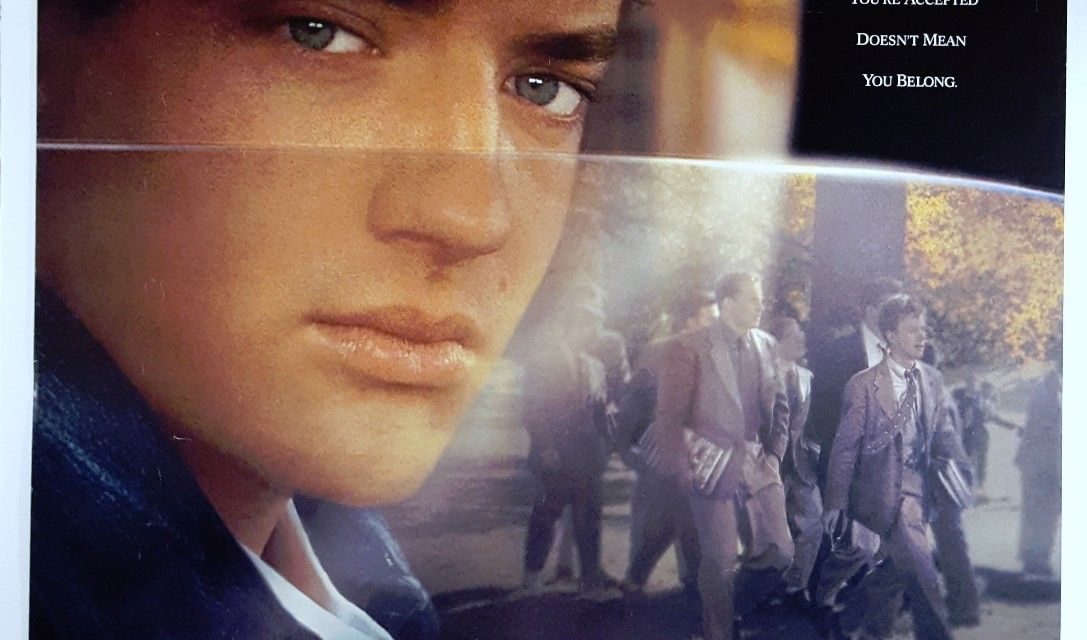 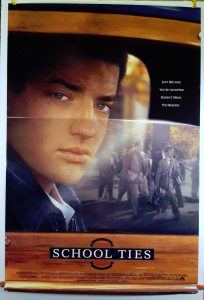 Maybe you’re going through football withdrawals now that the Super Bowl is over. Maybe you boycotted the NFL and kind of miss it. Either way, I watched another football movie: School Ties from 1992.

School Ties will always hold a special place for me. It’s one of very few movies that was actually filmed in my little area of north central Massachusetts. This is an area that nothing happens in, so for a major studio movie to be made here when I was in high school was thrilling. I know people that were extras! One of the locations is one mile from my house! No matter what, I’m always going to at least somewhat like this movie. Plus, it has one of those casts that is now filled with well known actors: Brendan Fraser, Matt Damon, Ben Affleck (playing Chesty Smith), Chris O’Donnell, and Anthony Rapp were all in it as virtual babies.

Set in 1950’s Massachusetts, Brendan Fraser is brought into St. Matthew’s as a ringer to be their starting quarterback in order to beat St. Luke’s, their big rival. Seeing as it’s their senior year, all the other players have been together all along. Plus, he’s Jewish and it’s a Christian school. The coach warns him not to tell anyone, and he quickly learns when the slurs start flying. There are so many Jewish slurs in this movie, plus one n-word from Matt Damon. Matt Damon turns out to be the villain of the movie. Brendan Fraser takes his starting quarterback position and starts dating the girl he’s been trying to/pretending to date for years, so he obviously has it out for the new kid. Once Matt Damon finds out he’s Jewish, he outs him while they’re all showering which leads to a naked shower fight. Now… I know I’m kind of a wuss and not into getting into fistfights, but I don’t think I could ever be angry enough to fight while both me and my opponent were naked. Anyways, this of course leads to the antisemitism being ramped up, and for everyone to turn their backs on Brendan Fraser. It is discovered that someone has been cheating on a test. The teacher declares if whoever is guilty doesn’t come forward, everyone fails. Matt Damon says he saw Brendan Fraser cheat, Brendan Fraser says it was Matt Damon that cheated, and all the students need to vote. This, of course, leads to an overly dramatized ending that has virtually no basis in how things actually work. 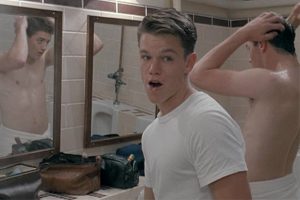 For a football movie, this one barely has any. Only really one game scene. It’s a fairly generic 90’s teen drama with only really the cast to elevate it above an After School Special. But it’s not a bad movie. It’s not as good as you remember it being, but not as bad as you think it will end up being.